From February this year here he is supporting mother of an autistic child who is fighting with her fellow activists for the legalization of cannabis for medical purposes.

We will miss him for his genius and perfect imperfection.

MARADONA CALLS FOR SELF-CULTIVATION OF CANNABIS

This Wednesday, a video by Diego Armando Maradona was released supporting the self-production of cannabis for therapeutic purposes. The club trainer Gymnasia de La Plata added his voice to the cause led by the NGO La Semilla, a community health collective in Argentina. The Argentine government in collaboration with the National Council for Scientific and Technical Research is studying alternatives to improve the population’s access to medicinal cannabis.

In the video, Maradona is seen with one of the members of La Semilla. This woman is the mother of an autistic child who is fighting with her fellow activists for the legalization of cannabis for medical purposes.

Diego was approached by La Semilla member Monica Castillo, known as “La Colo”, who arrived at the world star through her representative, Matias Morla. “Maradona was concerned because he also has an autistic son (in reference to Diego Fernando) and his mother is now starting to think about giving him cannabis oil,” Araceli Rea, president of La Semilla, told Infobae.

Castillo explained to Maradona, who was willing to learn more about cannabis, the uses and application of the oil in various diseases. “And he told her that he could also use it for his tremors. He understands that self-cultivation is the only way to access it, ”added Mr. Rea.

La Semilla (the seed) is a group of hundreds of activists who have existed for a few years in the country. It was created in 2019, as a split from another organization of Platanse, Family Farming. It has 90 partners and, Rea said, “they keep joining because people need information”.

“It seems to me that the image of Maradona serves to make us even more visible. Although it doesn’t have a lot of information about the plant yet, it is recognized around the world and that’s why we wanted to do it, taking into account the pros and cons of the repercussions. It’s Maradona. No matter what he has done with his life, just like the privacy of others, this struggle is important ”, said the president of La Semilla.

The change in the regulation of the law on the medicinal use of cannabis is underway. This was confirmed by the Minister of Security, Sabina Frederic, and her health partner, Ginés González García. The government, in collaboration with certain legislators, activists and scientists from Conicet, is studying alternatives to improve the population’s access to the plant. But there is a consensus, at least outside ministerial spheres, that such a modification must include self-production.

“We know this is the way to ensure the sustainability and quality of the treatments while training and educating the people of the state who will be responsible for upholding and enforcing the law,” said Valeria Salech, president of Mama Cultiva, in Infobae, referring to health teams, security forces, members of the judiciary, among others. 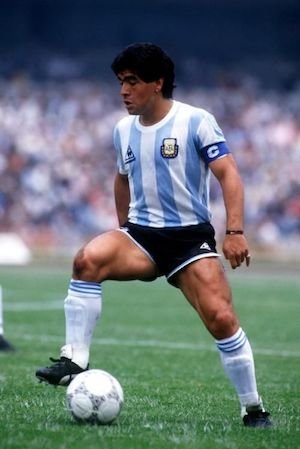