The new House of Representatives has announced its first cannabis-related hearing, “Challenges and Solutions: Access to Banking Services for Cannabis-Related Businesses,” which will take place on February 13 before a sub-committee of the House Financial Services Committee.

The hearing will address, as the name suggests, the practical issues that cannabis businesses face in accessing banking services in states with lawful and regulated cannabis industries because of the backdrop of federal marijuana prohibition, given that the prior Congress consistently blocked votes on cannabis-related measures. Thus far, despite guidance from the Financial Crimes Enforcement Network, financial services providers have been hesitant to provide banking services in the cannabis industry for fear of implicating themselves in federal money laundering or other anti-drug laws.

According to lawmakers close to the committee’s process, Rep. Maxine Waters (D-CA) – the committee chair – has made this an urgent priority, citing the public safety threat that exists while the cannabis industry is forced to operate in cash only. Committee members state that there are bi-partisan solutions on the table which would not only allow regulated marijuana businesses access to the banking services they need, but also establish a safe financial system that can be effectively monitored by law enforcement.

While it is unclear what, if any, concrete measures may arise from Wednesday’s sub-committee hearing, it is very unlikely that this will be the last cannabis-related discussion to be taken up by the new Congress.

Last October, Representative Earl Blumenauer (D-OR) released a memorandum entitled “Blueprint to Legalize Marijuana,” which stated: “Congress is out of step with the American people and the states on cannabis,” but “[t]here’s no question: cannabis prohibition will end.” Rep. Blumenauer’s memo suggested that, beginning in January 2019, a new Congress should take a step-by-step approach to full marijuana legalization, beginning with the holding of a series of hearings on cannabis-related issues. By the spring, Blumenauer seeks committees to begin passing laws that “narrow the marijuana policy gap – the gap between federal and state marijuana laws.”

This momentum at the Capitol seems to indicate lawmakers are already laying the groundwork for full legislation to pave the way for cannabis businesses to access banking services. The key takeaway suggests that members of Congress are seemingly now prepared to recognize that the regulated cannabis industry is here to stay, rather than ignore it, and instead to solve the obvious problems holding the industry back.

While there is no “safe bet” on what comes next, that the new Congress is talking about cannabis is both encouraging and an important conversation to pay attention to. 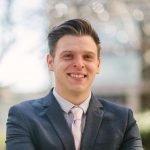 Darren Kaplan is an associate attorney at Hoban Law Group in Denver, Colorado. Darren has worked on several legal issues in the cannabis space, specializing thus far in industrial hemp, regulatory compliance (hemp and marijuana), and civil and commercial litigation. 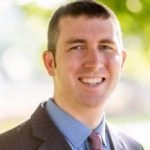 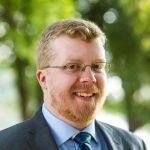 Keenan Jones is a senior associate attorney at Hoban Law Group in Denver, Colorado. Keenan focuses his practice on commercial litigation, and has prosecuted claims pertaining to the fallout of cannabis businesses not being permitted to access standard financial banking services. His practice also includes corporate formation and governance, and intellectual property protection.