The New Zealand Cannabis Referendum; “What Exactly Does No Mean?”

Our sometime US based correspondent Joshua Schmidt who has also worked in the world  of Australian medical cannabis has watched the NZ referendum from afar and has penned the following piece for us.

As someone who has experienced the highs and lows of working within the medical cannabis industry across continents, the constant flow of information and updates makes for a continued kick of adrenaline and insight as we see new countries, states and jurisdictions navigate the unwritten and unpaved road to legalization (and acceptance).

Each day it seemed like a new report was being published, pushing out wild numbers that caught the attention of markets, brokers, banks and investors with 2018 pointing company valuations to lofty new heights. The likes of Prohibition Partners became trusted sources of knowledge, identifying regions such as the EU as having projected market valuations by 2025 that made companies stupidly giddy.

Then the optimism seemed to wane a little,  publications presented regional valuations that were a little less optimistic and then the pandemic hit and the realistic road to genuine profitability for these companies, seemed to turn more than one company into the proverbial pumpkin as the bell tolled for midnight.

Australia, very much a latecomer to the legal cannabis industry; often fighting regulation and bureaucracy, as well as uncertainty and a lack of understanding, saw its neighbour across the ditch, (New Zealand for the uninitiated) as the regional domino that was about to fall and would lead to the next wave of the fabled green rush, and the long awaited acceptance in the land down under.

Companies lined up to put a stake in the land of the long white cloud, allowing them to get a headstart and really consolidate their positions as a market leader. It was almost full-proof. Until it wasn’t. The NZ referendum was unlosable. It was 2016.

And then the country voted no.

They voted no on the legalization of cannabis.

And just like that, the Australian medical cannabis industry, which has already taken a series of punches; companies losing cornerstone investors, industry giants from North America consolidating rather than expanding, a lack of uptake from medical practitioners, anecdotal clinical trials, and the list goes on.

Just like that, the Australian cannabis industry copped another whack. And what does it mean? For two countries that share a level of psychic distance akin to siblings, two countries that are so similar, citizens can emigrate and migrate without visas, we saw that New Zealand, long seen as the something of a tipping point for legalization in Australia, it likely means that the road to acceptance on both a social and medical level, has been pushed back.

And what does it mean for companies in this industry? For investors? Sure, medical cannabis is available with a prescription, but it likely means that it may even be more difficult to access.

Discussions immediately following the vote threw out a near consensus view, that the Australian cannabis industry and the prospect of federal legalization, has been pushed back over a decade. With investors continuing to wonder when profitability will come, with companies promising significant revenues (despite having not achieved them), will there really be a reason to believe them this time?

Can we now stand here, listen to impassioned speaches about how company A can simply send it to Germany and watch the euros flow back? Is it really that simple?

Now, with Tuesday’s election and the Democratic promise of Federal legalization, is Australia going to look a little further to validate the idea and legitimacy of a cannabis industry or will it remain something of immense potential for a little longer to come? Is the Tuesday hope of a new blue wave going to turn the tide? 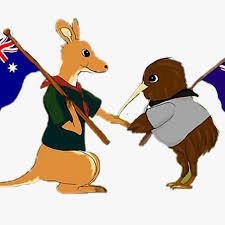