The PREPARE Act, the latest cannabis proposal in Congress, would prepare the U.S. for the likely end of cannabis prohibition by directing officials to workshop a framework for federal cannabis regulations.

Sen. John Hickenlooper (D-CO) introduced legislation last week seeking to prepare the U.S. for the seemingly inevitable end of cannabis prohibition. Dope Magazine reports that the proposal — the Preparing Regulators Effectively for a Post-Prohibition Adult Use Regulated Environment (PREPARE) Act — would direct the U.S. attorney general to develop a framework for federally regulating the cannabis industry.

Hickenlooper was Colorado‘s governor when it made history as the first state to pass and adopt cannabis legalization reforms.

“A decade after Colorado pioneered marijuana legalization, Americans overwhelmingly support the same at the federal level. This bipartisan, bicameral framework, based on Colorado’s Amendment 64 Task Force, will replicate our success nationally.” — Hickenlooper, in a statement

If approved, the PREPARE Act would task the attorney general with creating a 24-member “Commission on the Federal Regulation of Cannabis” that would devise a federal cannabis plan based on existing federal and state alcohol regulations. The commission, without any actual rulemaking authority, would have one year following the bill’s passage to present its regulatory plan to Congress and the plan would need to account for each state’s unique cannabis industry and laws.

The bill’s companion bill in the House is sponsored by Rep. Dave Joyce (R-OH), who said he was “thrilled” to see the bill introduced in the Senate as well, “making it not only further bipartisan, but bicameral, and bringing it one step closer to becoming law.

“This legislation gives lawmakers on both sides of the aisle the answers they need to effectively engage on cannabis reform, safely and effectively regulate it, and remedy the harms caused by the failed war on cannabis,” Joyce said in a statement.

See Harris Bricken Article from earlier in the year

On Thursday, a bipartisan collection of congressmen introduced a bill that would require to US Attorney General to lead a commission to oversee the process of making recommendations for a cannabis regulation system comparable to the current alcohol regulation system. The bill, called the Preparing Regulators Effectively for a Post-Prohibition Adult-Use Regulated Environment Act (PREPARE Act), was introduced by Representative Dave Joyce (R-OH), along with co-sponsor representatives Hakeem Jeffries (D-NY), and Brian Mast (R-FL). 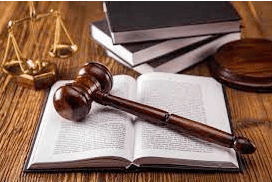