The Story Of Pebbles Trippet & Her Precedent Setting Case In California Informative piece in Cannabis Now this week…. One longtime California cannabis activist actually has a legal standard named in her honor. Pebbles Trippet established in the state’s courts that the 1996 medical marijuana law implies a right to transport cannabis — a precedent-setting case.

Here’s a snippet from the article. Well worth a full read at ….

Pebbles Trippet: The Activist With Her Own Legal ‘Standard’

The defining episode of her life began on Oct. 17, 1994, when a traffic stop by a local cop in the unincorporated community of Kensington, in the Berkeley Hills of Contra Costa County, turned up an estimated 2 pounds of cannabis.

When Trippet went before the jury, she argued both a medical need defense, based on her use of cannabis to treat migraines, as well as a “religious necessity,” claiming protection under the Religious Freedom Restoration Act of 1993. The court didn’t buy it. She was convicted of possession and transporting of marijuana, and sentenced to six months.

She of course appealed. And, as fate would have it, her case opened before California’s First District Court of Appeal in San Francisco on Nov. 4, 1996 — just one day before the state’s voters approved Proposition 215, the historic medical marijuana initiative.

This opened up a new avenue for her medical need defense. She now argued, first that Prop 215 applied to her case retroactively; and secondly that the medical defense it codified necessarily implies a right to transportation as well as possession of cannabis —so both charges should be thrown out.

On Aug. 15, 1997, the appellate court issued a partial ruling in her favor. It agreed that Prop 215 should be applied retroactively, and that it includes an “implicit right” to transport cannabis. Rather than overturning her conviction, however, the First District remanded the case back to the trial court for further consideration in light of its findings. 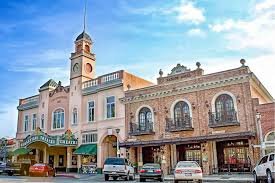