It’s happened again. An organized group of robbers overwhelming security and stealing from a San Francisco business. This time it was a cannabis dispensary.

Police say they’re looking for numerous suspects, who overwhelmed an armed guard and took his gun.

Security cameras captured the organized robbery on the south slope of Potrero Hill at about 6 o’clock Wednesday evening. The video shows numerous suspects rush to the front of an unmarked building.

The address is registered to a company called Mountain Dew Farms, a cannabis grower and dispensary. Police say the robbers overwhelmed the armed guard outside the business.

“The victim stated that he was rushed by multiple suspects who were able to disarm the security guard of his fire arm,” said Officer Robert Rueca from San Francisco’s Police Department. “He was then forced inside the unoccupied building.”

To Read The Rest Of This Article On KTVU, Click Here 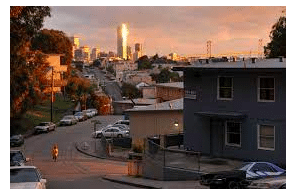