We will just leave you with one of the odder press releases and product launches we’ve seen this month. It smacks of exploitatation to us.

Does Billy Hayes receive a % of profits? Will money be donated to help raise awareneness of prisoners incarcerated for non violent cannabis offences in the US and internationally? 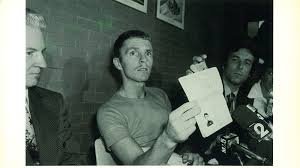 There’s no suggestion of either in the release.

Don’t worry it gets weirder see the second paragraph of the release.

Las Vegas, NV, Nov. 20, 2020 (GLOBE NEWSWIRE) — via NewMediaWire — Hemp, Inc. (OTC PINK: HEMP) a global leader in the industrial hemp industry with bi-coastal processing centers, announced today it expects to roll-out its “Midnight Express-Find Your Freedom” pre-roll brand in honor of Billy Hayes who made the name famous in the 1978 movie “Midnight Express” that chronicles his five years behind bars and eventual escape from a Turkish prison for trying to smuggle hashish out of Turkey. The company expects to aggressively ship out the line to stores across the country over the next 30-60 days. To date, the King of Hemp® product line consists of Bubba Kush hemp; CBD Pre-rolls, Fortified CBD Pre-rolls, CBD and CBG Caviar/Moon Rocks; and Diamonds (which are 96%-98.7% CBD, the only product like this in the marketplace today).

Bruce Perlowin, CEO of Hemp, Inc. (OTC: HEMP), says, “It’s an honor to launch the Midnight Express-Find Your Freedom pre-roll line. This is the second brand.  There will be a total of 50 which includes the Daring and Dashing Smith Brothers (the legendary and infamous smugglers from South Florida); the Doc Master; The Barron of Barges; The Duke of Dope; Carol the Courier; Al the Good Bad Guy; The Golden Dragon Lady; Randy the Racer; Boston Billy; Dopey Don the Genius; and, more. They are the smugglers of yesteryear and will each have their own special strains, blends and flavors.”

Hayes, who is an American writer, actor, and film director, is best known for his autobiographical book Midnight Express which chronicles his experiences in and escape from a Turkish prison, after being convicted of smuggling hashish.

He was one of hundreds of US citizens in foreign jails serving drug charge sentences, following a drug-smuggling crackdown by foreign governments.  His book was later adapted into the 1978 film of the same name starring Brad Davis as Hayes. The film was directed by Alan Parker, with a screenplay by Oliver Stone. Hayes has since written the sequels Midnight Return (Escaping Midnight Express) and The Midnight Express Letters – from a Turkish Prison, 1970-1975, which is a collection of the original letters written home to family and friends during his imprisonment. Midnight Express Epilogue: The Train Keeps Rolling will be published in 2021. 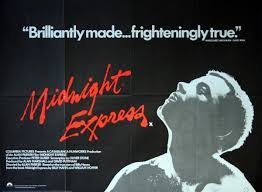