“This is a question of when, not if, in New Mexico,” Governor’s Working Group Starts Discussions on Recreational Cannabis

Advertising, local control and tax dollars generated by sales of recreational marijuana were issues discussed by members of the Governor’s Working Group on Cannabis Legalization during a visit to southern New Mexico.

The group held its third meeting in Las Cruces, and made a presentation at the New Mexico Municipal League’s annual conference before mayors, police chiefs and other city official from across the state.

“This is a question of when, not if, in New Mexico,” Albuquerque City Councilor Pat Davis, the leader of the group, told members of the municipal league Wednesday during the organization’s conference at the Las Cruces Convention Center. 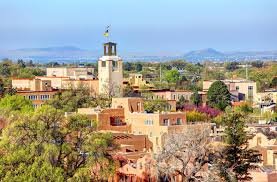