This is the world of cannabis now, Duane Morris, Private Investment Meetings in NYC Offices & Of Course Bruce Linton In Attendance !

Cultivated are welcomed into the new world of cannabis………..

I also went to the Cannabis Private Investment Summit at the law firm Duane Morris’s midtown Manhattan offices on Tuesday where we saw some of the same issues at play, albeit on the state level.

New York State Sen. Liz Krueger outlined the social justice case for legalizing cannabisin New York — in a room full of high net worth investors and cannabis execs — and laid out how limiting the number of licenses one company can possess in the state is crucial to her stated social justice goals. She also said she wants to provide a structure that would allow small, minority-owned startups enough access to capital to get their businesses off the ground.

We also scored a sit down with David Feldman, who leads Duane Morris’s booming cannabis practice, and ex-Canopy Growth CEO Bruce Linton at the conference.

While the cannabis legalization movement has the same broad goal — the legalization of cannabis — it’s fraying into two sides: activists who want social justice considered above industry-friendly legislation, and the increasingly well-capitalized cannabis companies and investors on the other side. We’ll be watching how this plays out.

As Feldman told me in his office overlooking Times Square this week, “legislation is all about compromise.”

See what Mr Linton is looking at now and interestingly he’s cottoning onto the discussion happening around psychedelics currently. Does he see himself as the new psychedelic guru?  Will he follow in the footsteps of Leary, Huxley, Kesey et al. Big shoes to step into!

But the marijuana pioneer also said he will be a director at Mind Medicine, a Toronto-based firm that is developing government-approved psychedelic inspired medicines to treat mental illnesses, including medicinal psilocybin (known as magic mushrooms) and medicinal MDMA (often called ecstasy).

Linton sees big possibilities in medical psychedelics similar to the opportunities that medical cannabis presented years ago before it emerged out of the shadows. Not only is Mind Medicine assembling a drug development pipeline in medical psychedelics, but research is accelerating as more jurisdictions ease regulations. 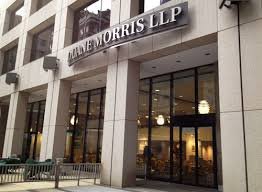