It has been harder and harder to find humor in what we do of late, making our weekly humor column less and less frequent. As we approach the closing of the first six months of CA legal weed the challenges, issues and absurdities that had us laughing in the beginning have us scowling today.

We have encountered greed at its worst, lack of transparency at its most egregious, super high licensing and permit fees that put industry pioneers out of business, the kind of dishonesty and fraud that makes one lose faith in humanity and worst of all? A disengagement between the powers that be and the very people they are here to serve that makes hope elusive.

We expected challenges, we expected to get banged up, we were prepared to fight the good fight, and we embraced every challenge head-on using these moments as learning curves with resilience and humor. Even when we went to see a “Turn Key” dispensary that hadn’t even been built yet, we managed to laugh despite the waste of time. We continued to laugh at the hustlers and scammers -wetting our pants or maybe it was an aneurysm-who knows at this point, at things like brokers selling dispensaries in banned locations on the basis of a wind down provisions somehow justifying the pitch – the old “I’ve got a bridge to sell you for cheap!” ringing in our ears.

But the looming end of the California transition period of June 30th, requiring all non-conforming cannabis product to be pulled from shelves and be destroyed is nothing short of a regulatory act of sacrilege.

As we approach the Eve of Destruction we are finding out that most dispensaries couldn’t unload their product as quickly as expected as retail sales have not garnered that expected Pot O’ Gold that legalization promised. The last number projected was about 400 million dollars’ worth of product is headed for the gallows. We thought there’s got to be a better way and created a program to donate it to our Veterans in need instead of destroying it. We contacted Veterans groups, local retailers and the BCC…but unfortunately, our regulations aren’t set up to allow for something such as donation without red tape, excessive taxes on the value of the product and the infamous requirement of a Medical ID card that literally almost no one has, especially those in the most need. The BCC said a doctor recommendation was not enough for our vets to get donated product under CCR 5411. Nothing funny here. This one hit us hard and our hearts were broken.

Despite all of the road blocks and face to hand moments, there is still hope. There are still groups out there pushing for better and more equal processes. Groups like the Weed for Warriors who are fighting for amendments such as SB829 in an effort to change the taxing scheme to make it easier for retailers to donate cannabis goods to those in need. Even as of yesterday there was a last minute Hail Mary to get California’s governor to extend the transition period deadline.

We are only six months in, we have a lot of work ahead of us and when the going gets tough, and we will continue to try your best to find some humor amidst the hits – even the hardest of hits. This one was just a gut punch that sticks with ya.

Buckle Up Butter Cup – Its Going to Be a Bumpy Ride 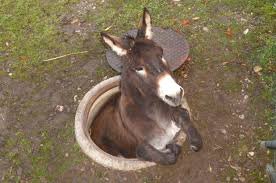 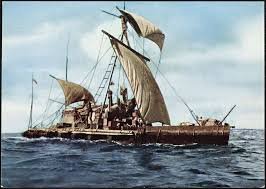