Times Of Israel Op-Ed: Morocco’s cannabis industry could benefit from normalization with Israel

Israel and Morocco are located on almost equal latitudes. In the areas where most of the agricultural land is located, the two countries share similar climates. Israel’s cannabis entrepreneurs have developed the gold standard for cultivation practices and technologies in this region. Collaboration on cultivation and production know-how would be highly beneficial as Moroccan farmers transition to a legal framework.

Regulated cannabis for human or animal consumption has to be cultivated according to modern agricultural practices. In warm countries, medical cannabis is typically grown in a greenhouse with a semi-controlled environment that reduces or eliminates contamination from toxins, pests, and plant diseases. Irrigation, fertilization, and plant protection methods ensure healthy crops and increase productivity. Growers will need access to the expertise required to comply with international standards so they can enter overseas markets through legal distribution channels.

Arable land in Morocco was estimated by the World Bank as 7,477,600 hectare in 2018. In comparison, Israel’s arable land size was estimated at 383,500 hectares. In 2020, Israel produced roughly 15 tons of cannabis and imported another 15 tons from overseas producers, mainly Canada. Israel’s Ministry of Health Medical Cannabis Unit website lists 29 licensed cultivation facilities (as of June, 2021), although not all of them are commercially producing yet. With 20 times the arable land as Israel, Morocco has the opportunity to became a major player in the cannabis industry.

Read her full piece at  https://blogs.timesofisrael.com/moroccos-cannabis-industry-could-benefit-from-normalization-with-israel/ 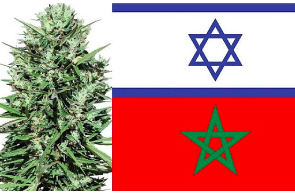