United Cannabis claims that all of its “current revenue” is “derived from the sale of legal CBD products that were made from legal industrial hemp plants.”

As we wrote about here, United Cannabis’s bankruptcy proceeding has been under a microscope since the moment the papers were filed. The Hon. Joseph Rosania immediately entered a rule to show cause order instructing United Cannabis to explain why the revenue it generates from activities related to marijuana should not result in dismissal. Earlier this week United Cannabis filed its response, and so did the United States Trustee (“UST”). Not surprisingly United Cannabis’s response claims that it is “not in the marijuana business,” “no portion of [its] plans of reorganization will rely in any way on income derived from criminal activity,” and all of its “current operations relate to, and all revenues are solely derived from, the sale of legal CBD products…” United Cannabis claims that all of its “current revenue” is “derived from the sale of legal CBD products that were made from legal industrial hemp plants.”

The UST’s response paints a different picture. The UST argues that an SEC filing from the third quarter of 2019 demonstrates that United Cannabis’s operations involved (or at least involved) the sale or production of marijuana/products containing THC. The UST concedes that it is too early in the case for it to have completed a thorough investigation into United Cannabis’s business operations, but points to United Cannabis’s recently filed Form 10-Q which states that United Cannabis “own[s] distinct intellectual property relating to the legalized growth, production, manufacture, marketing, management, utilization and distribution of medical and recreational marijuana and marijuana-infused products.”

There were also two filings by creditors: Ambria Investors LP, United Cannabis’s second largest creditor, and Miner’s Delight, LLC, which precipitated the bankruptcy filing by seeking and obtaining a pre-judgment writ of attachment against United Cannabis and its assets. Ambria filed a response to the show cause order asking the Court to keep the case open claiming that United Cannabis “does not engage in any proscribed activity under the Controlled Substances Act.” While Ambria appears to believe it would benefit from the protections afforded creditors in a bankruptcy case, it also asserts that the Miner’s Delight lien is disputed and may be “avoidable under the Bankruptcy Code.”

For its part, Miner’s Delight appears to believe its interests are best served by enforcing its judgment outside of a bankruptcy proceeding.  That makes sense, given that Miner’s Delight is already a step ahead of competing creditors with its writ of attachment. To continue its collection efforts, Miner’s Delight did not limit itself to responding to the show cause order.  Instead, it filed a standalone motion to dismiss the bankruptcy proceeding.  That motion echoed many of the arguments in the UST’s response, but it also levied some additional, serious allegations against United Cannabis. For instance, in its motion, Miner’s Delight asserted that United Cannabis’s CBD operation violates the Food, Drug and Cosmetics Act of 1938 because United Cannabis makes health claims about its products that have not been approved by the FDA. The motion also claims that United Cannabis violated a state court order governing its assets, hid a $1 million Paycheck Protection Program loan from creditors, and divested from a Jamaican marijuana research facility the same day it filed its bankruptcy petition. While United Cannabis will obviously want to address these issues in responding to the motion, the motion raises a number of factual issues that may need to be sorted before the court can rule, which may have the consequence of keeping this case in bankruptcy court for a while longer.  Alternatively, the bankruptcy court could conclude that it has what it needs to rule on the show cause order, and dismiss the case without needing to reach the additional allegations set forth in the dismissal motion filed by Miner’s Delight.

While the creditors’ competing interests and fancy legal footwork make for an interesting sideshow, the biggest issue is whether United Cannabis can avail itself of federal bankruptcy protection. There should be no dispute that companies engaged in the sale and production of legal CBD products can avail themselves of the protections afforded by the federal bankruptcy code. And if that is where United Cannabis’s revenue is being generated, and it has truly moved out of operations related to marijuana and THC, then this case should be allowed to proceed. However, based on everything that was filed this week, it seems unlikely that things are that straightforward. If the case proceeds beyond the ruling on the show cause order, there is still the Miner’s Delight motion to dismiss, and we suspect the Trustee will want to conduct an investigation into United Cannabis’s current operations, and may consider filing a motion to dismiss when that investigation is complete.

This is an ongoing case and a developing story that we will track closely here on our blog.

Department of Transportation Cautions Employers About CBD Use By Regulated Workers 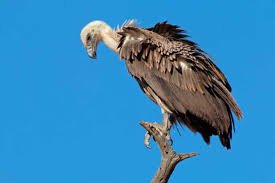