Tobacco and Marijuana: What Are Their Similarities and Differences?

A question worth a million dollars, what’s the difference between these two? Now, even today, when a lot of information is available when it comes to this, people still seem to think that weed and tobacco are practically the same.

Not literally, but many perceive them as sisters of smoke. Over the years, many studies have been conducted to demonstrate the difference between the two of them. In the meantime, people have started utilizing marijuana for medicinal purposes.

It has helped many combat various mental and physical issues. What about cigars? Do they have the same effect? If you want to know the answer and be provided with more details regarding this subject, scroll down!

Whenever people talk about tobacco and weed they are always mentioning how these things can affect our body, especially the heart and lungs. In comparison to marijuana, cigars appear to be more harmful.

Namely, they can permanently destroy DNA, impact the heart, and potentially cause lung cancer. On the other hand, pot doesn’t contain any carcinogens, which yet again confirms that it is not as dangerous.

According to some studies, conducted sixteen years ago in the United States, more than 400,000 deaths were caused by tobacco. So how does weed affect the lungs? Is it equally harmful as tobacco?

Definitely not! While it may still partially damage this organ, there are so many different methods of consumption a person can utilize. Things like edibles, pills, vaping, topicals are extremely effective, yet they do not impact the longs and other parts of your body.

More importantly, smoking pot can even improve the functionality of the lung because airflow is increased with those that consume it due to holding in the smoke. What about the heart? How does marijuana affect it?

In this case, the results are quite similar when it comes to these two. Viz, both of them can increase the heart rate, which isn’t always dangerous, however, it can potentially lead to a heart attack.

The Effects Of Smoking Cigars & Weed

It is widely known that cigars contain nicotine. This is a substance that increases the dopamine levels in our brain. Moreover, dopamine is a hormone that causes good mood and pleasure. Besides dopamine, energy and neural activity can also be increased.

Both, younger people (even children) and older people can quickly become addicted to it. Over the past couple of years buying cigars on the internet has become extremely popular and it seems like this vice is still high in demand. Now, besides being overly excited when consuming cigars, you can also experience other sensations, like depression, anxiety, insomnia, irritability, etc.

Thanks to the compound called THC (tetrahydrocannabinol), weed is able to gain its effects. This compound is similar to those that our body already has, widely known as cannabinoids. What can THC cause?

Namely, this substance can trigger various effects in the areas of cognition, memory, pleasure, coordination, as well as the perception of space and time. Therefore, it’s no surprise that many individuals who consume it, experience things like relaxation, bad memory, and euphoria.

And that’s not all. Generally speaking, people who use pot frequently experience hallucinations, due to their changed perceptions. On the other hand, some of them have a tendency to feel anxious, hungry, and irritated.

Now, this doesn’t mean that every single person who consumes it is going to feel all these things. Everybody can have a different experience. It is mostly determined by your genetics, along with the type of marijuana plant you’ve utilized.

To Inhale Or Not?

A tale as old as time that still isn’t figured out. Those who smoke marijuana are prone to inhaling deeper and longer than those who utilize cigars. Once this occurs, the lungs are exposed to huge amounts of carbon monoxide and other harmful particles.

Even though it would be easy to conclude that these compounds can cause lung cancer, no study has shown that, therefore, those who consume pot, shouldn’t be too worried about it. On the other hand, the situation with cigars is a bit different.

As we previously mentioned, cigars can increase your chances of having issues with lungs, heart, and be prone to cancer. It’s all because nicotine quickly enters your body and creates various negative things that can cause all these illnesses.

Now, what we said about marijuana, also goes for cigars. It doesn’t mean that you are going to die from them or get any serious illness, you are simply at a greater risk. Unlike marijuana, cigars do not have any healing properties, which is one of the reasons why some people are against them. 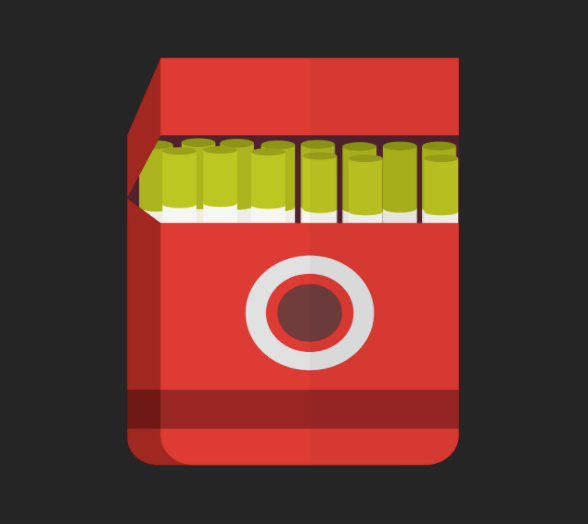 As you can see based on the facts that we’ve written, no matter how seemingly they appear to be the same, the truth is that tobacco and weed are quite different. That’s why it’s ungrateful to put them in the same category. Carefully go through this article to see whether you agree with our statement or not. 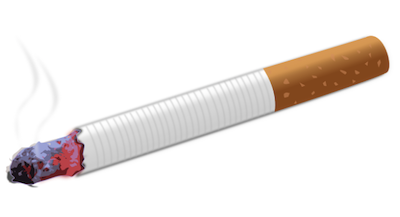