The European Union’s top court will deliver its final ruling on the Kanavape case and the legality of France’s ban on hemp-derived CBD on Nov. 19.

The Court of Justice of the European Union announced the ruling date on its judicial calendar.

The case, which centers on a dispute over the marketing of Kanavape’s CBD e-cigarette product in France and the free movement of goods in the European Union, is one of the most highly anticipated legal and regulatory decisions for Europe’s CBD industry. 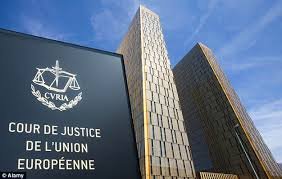