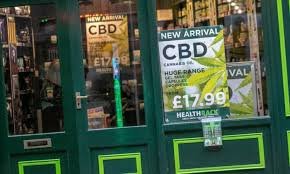 Top Reasons Why CBD Oil Is So Popular in the UK

The UK market in cannabidiol (CBD) has exploded in the past couple of years. Those manufacturers who got into the market early have been reward by a boom in interest and sales that far exceed their initial expectations.

To those people who have been aware of the medical benefits of CBD for years, however, the huge surge in the popularity of CBD in the United Kingdom in the past couple of years will come as little surprise.

With the UK CBD market predicted soon to be worth over £1 billion, we decided to take a look at just what is behind the meteoric rise of the cannabis-derived compound.

The first impediment to CBD becoming popular in the UK was its illegal status. However, what you may not have been aware of is that CBD has been legal in the UK since the 1971 Misuse of Drugs Act.

As long as it contains less than 0.02% THC (the cannabinoid that is responsible for the “high” feeling reported by cannabis users) and is extracted from industrial hemp that has been approved by the EU, there is nothing to stop its sale or consumption.

CBD is increasingly being hailed as a wonder drug which is suitable for treating a growing number of conditions. It is now known that CBD has powerful anti-inflammatory, analgesic and antioxidant properties. These properties have led to sufferers of a wide range of conditions to experiment with it in the hope that it may help to alleviate their symptoms.

Initial research concentrated on proving the capability of CBD to reduce the debilitating seizures that are experienced by sufferers of epilepsy. Since this link was proved, however, research into the suitability of CBD for the treatment of a range of other chronic illnesses has yielded some exciting results.

Due to its interaction with the body’s endocannabinoid system, which is partly responsible for regulating inflammation and sensations of pain, studies indicate that it may be an effective treatment for autoimmune-related diseases like arthritis, Crohn’s disease and IBS.

Not only is CBD being used to reduce physical symptoms of pain and influential, but it is increasingly being used by sufferers of anxiety and depression. While research is still in its infancy, the early signs are promising.

Another reason for the surge of CBD oil’s popularity in the UK is the availability in high street health stores like Holland & Barratt. But why did these stores not look to get into the CBD market years ago if there was so much money to be made?

Well, the answer to this question probably lies in a fundamental change in public attitudes towards cannabis and cannabis-derived products. As the stigma surrounding cannabis has reduced in recent times, major supplement brands have looked to cash in on a growth of public interest in CBD products.

Now, it is not uncommon to find CBD products in supermarkets such as Tesco and Sainsbury.

The boom in the popularity of CBD in the UK has led to an ever-increasing CBD product range. Whereas the only way to take CBD was in oil form just a few years ago, you can now find it in vape oils, capsules, edibles, drinks and much more.

This has made it significantly more attractive to people who do not like the taste of oil or simply prefer to take it a different way.

In recent years, the UK market in supplements in general has seen exponential growth. This indicates the willingness of the British public to seek novel ways to boost their health.

Once Brits became aware of the potential health benefits of CBD, it is therefore no surprise that they have shown themselves willing to try it out, given their existing enthusiasm for supplements.

The CBD market in the UK is going from strength. Boosted by encouraging scientific findings into its health benefits and the wide range of top-quality CBD products now available on the high street, we can only expect to see CBD become even more widespread in the UK in the coming years.