Two marijuana trade organizations filed a lawsuit Monday against the nation’s largest legal pot market over restrictions on stand-alone delivery services that have blocked them from obtaining licenses until 2025.

The lawsuit against Los Angeles and its Department of Cannabis Regulation seeks to overturn rules enacted earlier this year that postponed the availability of those licenses for certain businesses, even though broad legal sales began in the state in January 2018.

Under the changes, those licenses would only be available to so-called social-equity operators — people, many of color, who were arrested or convicted of a marijuana-related offense or lived in neighborhoods marked by high marijuana arrest rates.

The lawsuit does not seek to limit the right of social-equity applicants to obtain delivery licenses, but wants the court to permit other stand-alone delivery businesses to apply, which is what the law initially allowed.

The revised regulation, as rewritten by City Council in July, “is a death blow,” said Zachary Pitts, CEO of Ganja Goddess delivery service, who filed the suit along with the trade groups Southern California Coalition and the California Cannabis Couriers Association.

Read the full article at  https://martinsvillebulletin.com/news/national/los-angeles-faces-lawsuit-over-marijuana-delivery-licenses/article_5b82565b-323e-5bf1-91b6-aaff453eb5a2.html 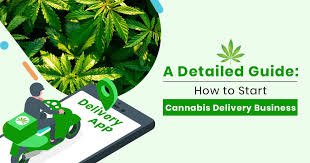