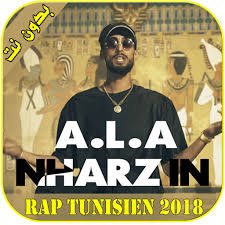 Tunisian rapper busted for marijuana revives debate on legalizationThe arrest and pre-trial detention of a famous rapper in Tunisia for cannabis possession revived the debate over the legalization of cannabis use and calls to abolish one of the harshest laws penalizing users. Reports Al Monitor

Tunisian rapper A.L.A (Ala Ferchichi), known as “the spearhead of the Tunisian trap music scene,” must appear in court on Oct. 12. His arrest May 6 for possession of cannabis with intent to supply cannabis sparked a massive online protest.

However, after two days of pre-trial detention, the rapper was sent home May 8 to await trial. A.L.A’s lawyer, Ghazi Mrabet, said the artist might benefit from the 2017 drug law reform. “When it concerns a first offender, judges now can impose a fine or grant pardon after predetention instead of imprisonment,” Mrabet told Al-Monitor.

For the protesters, cannabis arrests are closely linked to police brutality and repression of youth culture. Hezb El Warka (Leaf Party), a movement seeking cannabis legalization, seized the occasion to start an online petition, calling on the government to legalize recreational cannabis use. Today, six weeks after its launch, the initiative continues to grow.

Up until 2017, the Tunisian drug bill, commonly known as Law 52, had the reputation of being one of the world’s harshest drug laws, with a mandatory minimum of one year in prison plus a monetary fine of 1,000 Tunisian dinars ($350) for persons found guilty of possession of small amounts of drugs or its use.

The law stood apart as the only bill in the Tunisian Criminal Code that deprived judges of their discretion; judges were not permitted to consider mitigating circumstances. Consequently, by December 2015, Human Right Watch reported that 7,451 people prosecuted for drug-related offenses in Tunisia were held in prison, of which 5,200 were convicted of using or possessing small amounts of cannabis.

Former member of parliament Kwawla Ben-Aicha characterizes the 2017 amendment as a hard-won deal between the preceding parliament and Beji Caid Essebsi, former president and founder of Nidaa Tounes. “Essebsi aimed to reduce prison overcrowding and made the repeal of Law 52 one of his key electoral promises, but sadly this has led nowhere. Even fellow party members voted against the draft law,” Ben-Aicha, then-member of parliament for the Machrouu party, a breakaway of Nidaa Tounes, told Al-Monitor.

As a way to reduce prison overcrowding, the drug policy reform has hardly been successful. According to a research document published in 2019, 6,000 Tunisians — 25% of the prison population — were still detained for having consumed, produced or sold cannabis.

These figures show that the reforms do little to solve the prison problem, pro-legalization groups argue. “The recidivism rate is about 100%, and in that case a jail sentence still follows,” Wahid Mkadmi, spokesman of the Collective for the Legalization of Cannabis (COLEC), told Al-Monitor.

As stated by Mkadmi, Tunisia’s repressive approach of cannabis use increases harm. “By seeing it purely as a criminal justice issue, the state jeopardizes youth health and safety. After serving jail time your life is destroyed,” he added.

Instead, the Tunisian pro-cannabis lobby, predominantly embodied by COLEC and the Leaf Party, both established in 2019, advocate for the complete legalization of cannabis —recreational and medicinal — and the establishment of a government-controlled monopoly on cannabis production. “In this way, we make sure that cannabis products meet quality and safety standards. Plus, legalizing cannabis will bring considerable economic benefits,” Mkadmi said.

According to 2017 figures from the Tunisian Association of Toxicology, there are approximately 400,000 cannabis users in Tunisia. Mkadmi, by contrast, noted, “Tunisia counts 3 million cannabis users — 300,000 of whom use it on a daily basis.”

Mrabet attributes this increase to the “forbidden fruit effect.” He noted, “Anything forbidden becomes attractive. Like any other country with severe anti-drugs laws, cannabis use continues to increase in Tunisia.”

Tunisian parliamentarians, however, kept the issue from the political agenda, since the cannabis debate in 2017. “Parliamentarians avoided the topic so as to not lose any votes since Tunisians are generally conservative,” Mrabet added.

Yet, unexpectedly, cannabis emerged as a popular campaign issue in the 2019 presidential race, when a majority of the 26 candidates, including current Prime Minister Elyes Fakhfakh, and candidates of three of the five governing parties, pleaded for depenalization.

Ben-Aicha suggested the presidential candidates wanted to piggyback on the success of the pro-legalization movement. “Politicians began to get interested once they discovered how powerful the movement had become among the youth. Some immediately supported the cause, others were reluctant, only discreetly supporting it,” Ben-Aicha said. So far, however, the government has shown little eagerness to deliver on its campaign promise.

Reason for Mongi Rahoui, a member of parliament and 2019 presidential candidate for the leftist Democratic Patriots’ Unified Party, to question the political commitment for cannabis legalization. “It was pure political advertising. None of them had a clear program,” Rahoui, who got 0,8 % of the votes in the presidential elections and one seat in the parliamentary elections, told Al-Monitor. “At this time of economic crisis, the country could benefit enormously from a legalization strategy that includes the health and economic gains of cannabis.”

But Ben-Aicha doubts whether this is politically an opportune time to launch the next step. “For this type of sensitive topic, deputies must be approached as independent individuals instead of representatives for their political party. Either way, the proposal is unlikely to pass in parliament,” she said, adding that she has been pushing for change since 2017. The political wind has changed, and as such “the nature of the 2019 elected parliament — which is not only fragmented but also predominantly conservative — suggests that every attempt is unlikely to succeed.”

According to civil society, more optimism is justified. “In the previous parliamentary term, we saw that even the people of the conservative Muslim-democratic Ennahda movement — currently with 52 parliamentarian seats, i.e., Tunisia’s largest party — shifted their position on sensitive issues. Everybody can change,” Mkadmi said.

Repeatedly documented police brutality against its users has made cannabis a controversial topic in the country. 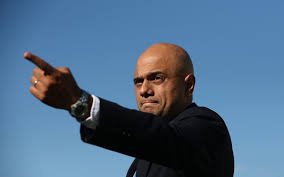 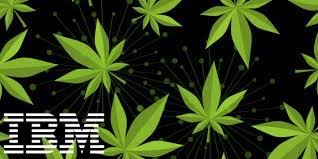 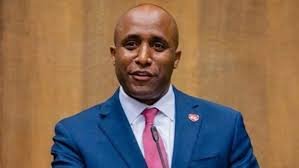