Westword reports on the latest from the elections (re cannabis) in Colorado.

Most of the towns voting on commercial marijuana proposals were small, but three were in metro Denver, and outdoor hotspots Winter Park and Buena Vista considered pot ballot initiatives, as well.

Here’s how those marijuana votes went:

Just under 66 percent of Lakewood’s voters approved an ordinance allowing existing medical marijuana businesses, new pot stores and growing operations to apply for recreational licenses, according to unofficial results from Jefferson County that show 99 percent of ballots have been counted.

The same group pushing recreational marijuana in Lakewood spearheaded a campaign in Littleton. Littleton City Council will be responsible for crafting local regulations — but unlike Lakewood’s measure, the Littleton ordinance will only allow the town’s three current medical marijuana dispensaries to apply for recreational sales.

Littleton’s unofficial results currently show that 65 percent of voters have approved the ordinance.

Earlier this year, Broomfield City Council decided to let a moratorium banning recreational marijuana dispensaries and grows expire. However, in order for cannabis businesses to operate, the town must have a tax system in place — and under the Colorado Taxpayer Bill of Rights, the new sales tax had to be approved by Broomfield voters.

With more than 90 percent of the ballots counted, unofficial results from the City and County of Broomfield show that over 58.5 percent of voters approved the sales tax, a 4 percent rate on recreational pot products. (Because of an error in the ballot measure’s language that incorrectly predicted the maximum amount of tax revenue that retail marijuana sales would earn, the actual tax revenue haul will be capped at $2.2 million annually during the first fiscal year of sales.)

Residents of Winter Park didn’t vote on whether to allow commercial marijuana within their borders — the pot industry remains banned from the popular ski town — but nearly 65 percent of Winter Park voters approved a measure placing a 5 percent sales tax on retail marijuana if the town ever goes to pot. Until the town council opts into the marijuana industry, though, there will be no dispensaries in Winter Park.

According to the Sky-Hi News, the Winter Park City Council will discuss the possibility of welcoming marijuana sales (something the council has shunned in the past) during a November 17 meeting.

Buena Vista only allows medical marijuana sales right now, with one dispensary currently operating. But the town’s Board of Trustees revisited the issue as a way to gain more tax revenue, and put recreational marijuana on the ballot.

According to unofficial results from Chaffee County (where over 90 percent of votes have been counted so far), just over 55 percent of Buena Vista voters have approved an ordinance that would allow recreational marijuana sales in the popular destination town. A separate local ballot initiative concerning a proposed marijuana sales tax was more successful, gaining almost 66 percent of the vote; estimates predict the town would see about $125,000 in extra annual revenue from the 5 percent retail pot-sales tax.

Although several towns in nearby Boulder and Larimer counties have dispensaries, retail marijuana is much harder to find in Weld County, where Garden City is the only town with pot shops. A town of just over 8,000 in Weld County, Fort Lupton is now on pace to allow both medical and recreational marijuana businesses, with over 59 percent of voters approving an ordinance allowing retail pot.

Another ballot measure, for a 3.1 percent marijuana sales tax, was also successful, with more than 55 percent of Fort Lupton voters approving the tax.

Right on the steps of the Grand Mesa, Cedaredge is a Delta County town of fewer than 3,000 residents. The small agricultural community chose to add one more commercial harvest to the mix, with over 56 percent of its voters approving an ordinance that opens up the town to the medical and recreational marijuana industries. Voters also approved a 5 percent marijuana sales tax on retail products, which the town predicts will bring in $100,000 in tax revenue during the first fiscal year of sales.

Delta County saw two towns approve commercial marijuana on election day: Over 65 percent of voters in Paonia, a town of fewer than 1,500 known for other kinds of harvests, approved an ordinance that allows medical and recreational marijuana businesses in town. Paonia voters also approved a $5 tax that will be added to each retail marijuana transaction; the ensuing revenue is expected to reach $200,000 during the first fiscal year, according to the ballot initiative.

Voters in Romeo were divided on whether to bring commercial marijuana to the town, a small outpost of about 400 people off Highway 285. But the measure proposing the pot industry appears to be winning, according to unofficial results from Conejos County, which currently show 73 votes in favor and 70 votes in opposition.

Dinosaur, a town bordering Utah and Dinosaur National Monument, already allows recreational dispensaries. Now, unofficial results from Moffat County show over 58 percent of its voters have approved a sales tax increase from 5 to 10 percent on marijuana — a move that the town predicts will secure an extra $1 million in tax revenue during the first fiscal year.

Not every town in Colorado saw voters approve marijuana sales. Kiowa was one of two that rejected measures proposing a local marijuana industry. Over 62 percent of voters in the town of fewer than 800 people rejected the measure, according to Elbert County’s unofficial results, while 55 percent rejected a ballot initiative for a 12 percent marijuana sales tax.

Over 60 percent of voters in Eckley, a town of fewer than 300 people in Yuma County, rejected a ballot initiative that would have repealed a local ban on retail marijuana stores, cultivations, testing facilities and other pot businesses. 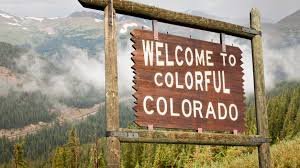