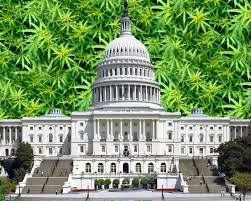 Thursday, the U.S. House of Representatives soundly approved by a 267-165 vote an amendment  protects state-legal cannabis programs from interference by the U.S. Department of Justice.

The amendment to the fiscal year 2020 Commerce-Justice-Science spending bill specifically prohibits the Justice Department from using funds to prevent states, Washington, D.C., and U.S. territories from implementing their adult-use and medical marijuana programs.

Statement from Neal Levine, CEO of the Cannabis Trade Federation, a national coalition of cannabis-related businesses that lobbied in favor of the amendment: “The historic nature of this vote cannot be overstated. For the first time, a chamber of Congress has declared that the federal government should defer to state cannabis laws.

A similar amendment approved by voice vote Wednesday prohibits the Justice Department from using funds to prevent Indian tribes from enacting or implementing their own cannabis laws.

Today, the House of Representatives voted in favor of an amendment to the Commerce, Justice, State (CJS) Appropriations Bill that prevents federal interference in state cannabis programs. I’m beyond excited that we’ve made this incredible progress to protect all state-legal cannabis businesses, including adult-use operators.

This was a truly historic vote, and is the farthest reaching action Congress has ever taken to reform outdated federal marijuana prohibition policies.

Protections for state medical cannabis programs have been included in the federal budget since 2014. The amendment passed today — introduced by Rep. Earl Blumenauer (D-OR), Rep. Tom McClintock (R-CA), and Del. Eleanor Holmes Norton (D-DC) — would, for the first time, extend those protections to states and territories where cannabis is legal for adults. An additional amendment offered by Rep. Blumenauer that was also attached to the bill would also prevent federal interference in tribal cannabis laws.

I’d be remiss if I didn’t take this opportunity to express gratitude for the nearly 2,000 NCIA members who made this victory possible by investing in our unparalleled lobbying team in Washington, D.C. Legislation like this doesn’t pass by itself — it’s a direct result of the forward-thinking members who support our work in D.C..

If your business is not yet a member of NCIA, please join today in order to ensure we have the resources we need to build upon this momentum and finally enact federal legislation that will allow your business and our industry reach its full potential.

NCIA is the only organization with three full-time lobbyists in Washington, D.C. in addition to a well-connected professional advocacy firm. Michael, Michelle, and Maddy have been working the halls of Congress, fighting for state-legal cannabis businesses since long before it was vogue. I could not be more proud of our lobbying team, and I encourage you to follow their progress on these appropriations bills, as well as their important work on the SAFE Banking Act which is also expected to receive a vote in the weeks ahead.

Please also take a few minutes to call your Senators today and ask them to support legislation that would protect state cannabis laws. There is no time to waste because the Senate will be considering appropriations bills with similar marijuana provisions over the Summer. And keep your eye on more news from NCIA’s government relations team – the only full-time government relations team fighting for the -legal cannabis industry in Washington. 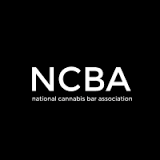