Anybody following Ugandan politics at the moment should be as depressed about the state of democracy in that country as places like Myanmar .

If you are thinking of doing cannabis business in the country… don’t !

This is the reason.

Ugandan President Yuweri Museveni has shown the middle finger to hopeful Ugandan investors by manipulating the legal process to ensure his government enjoys a cannabis monopoly. It has emerged that he over-rode his own Health Minister who has the authority to issue licenses by using another government agency to grant the necessary permissions.

He has ignored the Open Letter by Ugandan Business Leaders to use cannabis to repair the post-Covid economy and looks set to capitalize on his exclusive relationship with Israeli company Together Pharma, which is listed on the Tel Aviv Stock Exchange. Together Pharma’s chairman is former Israeli police commissioner 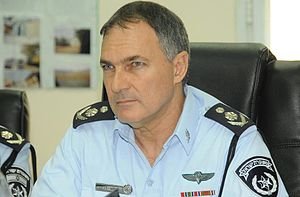 We’d suggest that their tagline should be

“The Future Is Together With Dictators”

This has left at least 25 potential investors out in the cold and created policy paralysis with cabinet in a deadlock as to whether to approve draft cannabis regulations drawn up by the Ministry of Health.

The proposed regulations are detailed here in Ugandan Licenses available to those who have cash. To date they have not been approved by the Ugandan cabinet.

Musuveni has also probably dismayed his wife, who believes marijuana is the “devil’s weed”.  First Lady and Education minister, Ms. Janet Museveni, called the Israeli cannabis deal “satanic”, but despite her feelings, Musuveni is pushing ahead with his state-run cannabis monopoly.

Museveni was returned to power in a highly controversial presidential election on 14 January 2021 after winning 59% of the vote against the 35% share of his main rival Bobbi Wine (real name Robert Kyagulanyi). In what was one of the country’s most turbulent election campaigns, Wine accused Museveni of fabricating the results and called the poll “the most fraudulent election in the history of Uganda” .

The circumstances around the formation of Uganda’s exclusive cannabis company, Industrial Hemp (U), are just as controversial.

According to African Business in an online report on 21 January 2021, Together Pharma and Industrial Hemp (U) have a joint venture, Industrial Globus, which operates the cultivating and processing cannabis at a facility in Kasese in western Uganda.

Development started in 2018 and in April 2020 the farm dispatched Uganda’s first ever commercial cannabis exports. (See Israeli police commissioner in Ugandan cannabis deal) It looks set to expand its exports this year, after successfully exporting its first harvests during 2020.

However, the license was initially not given to a Ugandan company at all, but to an Israeli company, bypassing normal procedure.

“I have never given such permission. Cabinet sat and said we need to do more research on this issue. The law allows only the minister of Health to approve and then other processes can go on. I have not done that,” Aceng said in an interview.

The report below is from the online archives of Africa Tembelea from 13 April 2019:

The National Drug Policy and Authority Act, 1993 provides that “No person shall, without the written consent of the Health Minister… cultivate any plant from, which a narcotic drug can be extracted”.

However, Together Pharma has produced a letter from UIA clearing them to start the venture in the country and another written by the Justice and Constitutional Affairs Minister, Gen Kahinda Otafiire reaffirming Uganda’s support to the company.

The license shows that the company will operate in Uganda as Industrial Globus Uganda Ltd and has land to grow medical cannabis for export in Kasese, Busongora County North 079, Hima Town Council.  Its shareholders include Globus Pharma Inc. based in Israel and Industrial Hemp Uganda Ltd run by former Bunyaruguru MP, Benjamin Cadet.

The company indicates that its initial investment in Uganda is $5m (18.7bn Shillings). According to documents seen, the company also has a domestic loan of US$369M with the aim of facilitating the project.

It is not clear where this loan is coming from since no single commercial bank in Uganda can offer such a figure alone. The company intends to build a marijuana oil extraction plant in Kampala.

In a February 15, 2019 letter addressed to the chief operating officer of Together Pharma, Otafiire wrote: “Firstly, there is no single license given to grow hemp and medical cannabis in Uganda. The law requires that the applicant gets the necessary clearance from various ministries concerned and the National Drug Authority”.

The minister noted that Industrial hemp Uganda obtained no objection from NDA and notes that “the NDA Act section 14 gives the authority the power to grant license/permission to manufacture, import and export medical drugs in Uganda”.

“The government of Uganda is well aware of their operations in Kasese district and the various benefits the said project has in terms of employment to Ugandans, revenue generation, and technology transfer…,” reads Otafiire’s letter.

The letter, which came before the license was given, was intended to reassure investors in Together Pharma that the company’s planned investments in Uganda were on course.

Even then, the fact that the license was given without the knowledge of the minister of Health poses questions under whose monitoring is this venture going to be. NDA and Health ministry is expected to be fully involved in the project of that magnitude. 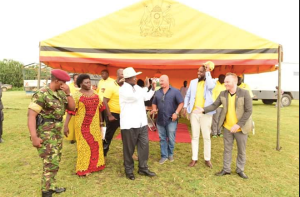