Here’s what he told the Business Leader

The UK’s departure from the EU trading system has been detrimental to the cannabis industry, and to those that use cannabis products, in a number of ways.

Since the 1st of January, our colleagues in the EU have not been required or able to recognise UK issued prescriptions of cannabis for supply to UK patients, creating EU specific supply chain issues for medicinal access in the UK market. Many UK individuals reliant on medicinal cannabis for serious health issues use product made in the Netherlands called Bedrocan.

Thankfully, the UK and Dutch governments have reached a temporary arrangement to ensure the continuation of supply of medicinal cannabis products from the Netherlands, whilst a permanent deal is negotiated.

However, worryingly, there appears to be a lack of understanding of the key issues, with suggestions that Bedrocan users try alternatives that are available on the British market. Medicinal cannabis is not, as this implies, all the same. It is a highly varied medicine, and one cannot in all cases just be substituted for another; some individuals find life-changing benefits from one form of medicinal cannabis and none at all from others.

Despite the signing of a free trade agreement before the end of the transition period, many goods traders are struggling with increased costs and red tape, the consequences of more rigorous customs processes. The CBD industry has been hit hard. Our UK-based colleagues have had serious problems with their supply chains since January 1st.

European cannabis producers, so important to the UK industry given the UK prohibition on domestic extraction of CBD from hemp, are thinking about new markets. At the minimum, UK industry can expect to find itself asked by suppliers to compensate; and of course, these costs will end up with the consumer.

As the UK CBD consumer and healthcare market is becoming significantly more challenging, the EU marketplace is opening up. The EU has recently taken steps towards regulatory harmonisation in the European single market for consumer CBD products. Accordingly, we expect the EU CBD market to burgeon over the next few years.

The future of CBD in the single market was uncertain for much of 2020, after the European Commission decided in June to suspend applications to produce or supply CBD products, pending an investigation into whether CBD should be classified as a narcotic rather than as a ‘novel food’. CBD was given ‘novel food’ status in January 2019. In December, however, the European Commission announced it would be continuing to process CBD novel food applications.

This followed a ruling by the European Court of Justice that EU member states cannot prohibit the marketing of CBD products, with no exceptions for products using extracts taken from particular parts of the cannabis plant.

The ECJ ruling related to litigation by the French government against a Czech CBD company: the former prosecuted the latter for selling CBD products on the French market that contained extracts from the cannabis flower, contrary to French national law which permitted only products containing extracts from the seeds or fibre – these latter parts being supposedly more benign. However, the ECJ found this distinction to be based on speculation rather than scientific fact.

Border friction in and out of Great Britain is likely to endure for some time, and British regulators may need to make changes to maintain competitiveness. The best thing they could do would be to permit domestic extraction. There is no convincing argument that a product can be marketed in a country but not made there. Even before January 1st, forcing suppliers to rely on imports created unnecessary costs, but now those costs will increase to a point that may cripple the industry. 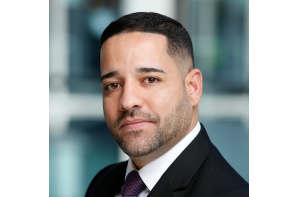