Leaders on the Isle of Man have backed a licensing system for the cultivation of medical cannabis on the island.

The Isle of Man’s parliament, Tynwald, voted unanimously on Tuesday 19 January to approve the regulations which will allow for the cultivation of medicinal cannabis.

Medical cannabis grown on the island can now be exported to a global market, boosting the economy and creating potentially hundreds of employment opportunities. 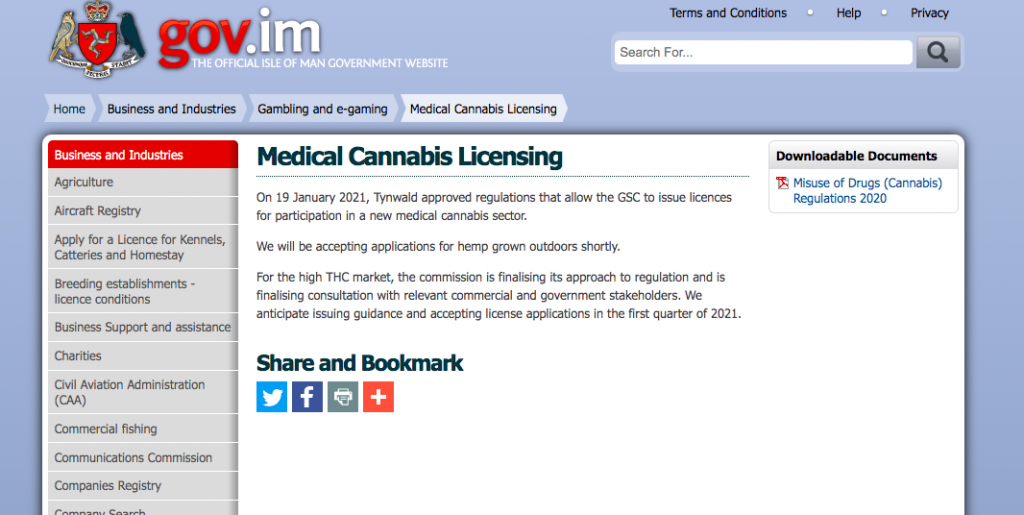 The island has set its sight on becoming a ‘centre of excellence’ for the cultivation of cannabis for medicinal use, with regulations allowing licences to be issued for the indoor cultivation of limited strength THC in a controlled environment.

The Gambling Supervision Commission (GSC) will be responsible for the granting of licenses and ensuring rules around quality and security within the sector are followed, after a transfer of power from the Department of Health in December 2020.

For the last year, London-based cannabis consultancy firm, The Canna Consultants have acted as exclusive consultants to the Isle of Man in the development of these regulations.

Welcoming the outcome, co-founder and director, Stephen Oliver, said it was an ‘exciting time’ for the industry and the island. 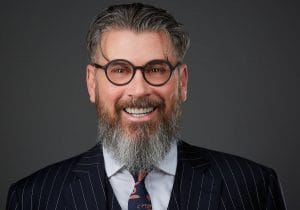 “We’re very pleased with the outcome, which is what we hoped for,” he told Cannabis Health.

“It’s a very exciting time for the island. We see it as providing huge opportunities for young people there, which have previously been limited.”

He added: “The island is very progressive and I think we’ll find that this is a staged implementation, they embrace the idea of becoming a centre of excellence of research and development.”

The first test crops and license applications are expected this year, with the production of the first of medicinal products from the island in the next two years.

According to Oliver, the Isle of Man’s ability to offer longevity and security, have set it up to become a world leader in the sector.

“We’ve seen huge acquisitions and licence applications across the globe, but one of the things the Isle of Man offers is a stable government, the ministers are all independent and have the ability to pass progressive laws,” he said

“People who want to cultivate cannabis want a secure regime, they want the longevity and security that’s offered with that. They don’t want to invest millions of pounds and then wonder whether or not in five or 10 years time that’s going to be removed.”

The Canna Consultants are now working with industry participants who wish to obtain licences on the Isle of Man to export medical cannabis to other countries in Europe.

Oliver also expects to see joint ventures between land and infrastructure owners and firms with more experience of indoor cultivation.

Although medical cannabis will still not be able to be accessed locally, the move is considered a step in the right direction.

“Some of the kickback has been that this doesn’t allow people on the island to get access to cannabis medicines, but as we’ve seen, globally, all of these are stepped changes,” Oliver said.

“The important thing here is that containment of quality and being selective about the type of producers which can come to the island and looking at the creation of employment and opportunities.”

Will the move have a knock-on effect in the UK, where hemp farmers are still not permitted to utilise the flower or buds of the cannabis plant?

“I think it has to have a positive effect eventually, but I don’t expect it to happen overnight,” added Oliver.

“We saw the revolutionary access to medical cannabis two years ago, but this is not about a single piece of legislation it’s about an attitude.

“We’ve got the Channel Islands, which are also very progressive and where we’ve seen recent investment in medicinal cannabis facilities there.

“I think the UK government is going to have to react at some stage.” 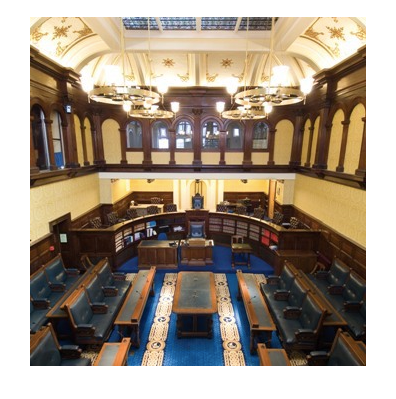