It’s been reported that some prosecutions under the Psychoactive Substances Act 2016 have collapsed recently, at Southwark and Taunton Crown Courts. The Taunton case at least was about the section 7 offence of possession with intent to supply a psychoactive substance, and both cases related to nitrous oxide—or “laughing gas”. The cases have led to a predictable chorus of claims that the Act is fundamentally misconceived and unworkable. But is it? Or have two Crown Court judges got the law wrong?

You can be only be guilty of the section 7 offence if what you intend to supply actually is a psychoactive substance—and psychoactive substances are defined in section 2. There’s no dispute that nitrous oxide has psychoactive effects. The argument that has succeeded is that nitrous oxide is an exempt substance under section 2 because it’s a medicine, medicinal products being listed as exempt substances in Schedule 1 to the Act. Nitrous oxide is used for analgesia and anaesthesia, for instance in dentistry. Many of us will have “had gas” in the dentist’s chair. It’s lawfully sold under marketing authorisations granted under the Human Medicines Regulations 2012. For example a firm called Air Liquide has a marketing authorisation for nitrous oxide mixed with oxygen, which it sells under the name Equanox.

No judgments are publicly available, these cases having ended presumably after rulings by the judge in each case that there was no case for the defendant to answer. They must I think have concluded that nitrous oxide is in fact a medicine, and so as a matter of law exempt. That all seems straightforward … but actually, it’s not. It’s hard to know without seeing their reasoning, but I suspect the judges have gone astray. Here’s why I suspect that.

The Act defines a medicinal product as having

Those regulations in turn define a medicine in the same way as does article 1.2 of the EU Directive 2001/83—the Medicinal Products Directive (see page 13 of the pdf). What interests us in this case is the “functional” limb of the test. A medicine is:

Any substance … which may be used in or administered to human beings either with a view to restoring, correcting or modifying physiological functions by exerting a pharmacological, immunological or metabolic action …

Notice that this definition is very broad. It’s much wider than simply products intended to treat disease, and potentially catches anything that pharmacologically modifies our body functions—like an anaesthetic. It also, if you think about it, catches many foods. The classic example I was given when I advised the UK medicines regulator was a banana. When a banana gives you a bit of a boost, then it’s pharmacologically or metabolically modified your physiological functions. 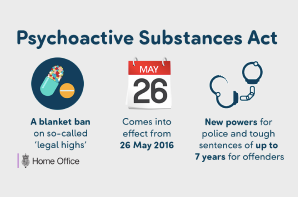