UK: Motorist involved in a collision on the M20 near Aylesford is starting a prison sentence after officers seized more than 12,000 LSD deals.

A motorist involved in a collision on the M20 near Aylesford is starting a prison sentence after officers seized more than 12,000 LSD deals.

On Wednesday 22 July 2020, patrols from Kent Police’s Roads Policing Unit attended the coastbound carriageway of the motorway near the junction for Blue Bell Hill, following a report a vehicle had been driven erratically before coming to a halt.

The officers found the van stationary against a barrier on the hard shoulder and the driver, Jack Supple, admitted he had taken ketamine.

He was arrested and a search of his vehicle recovered perforated cardboard sheets of LSD deals on the sun visor and inside a sports bag on the back seat.

A small bag containing a quantity of ketamine was also seized from the front passenger footwell.

His home address was searched and more LSD deals were found along with around £2,000 in cash hidden inside a bottle.

He pleaded guilty at Maidstone Crown Court and on Wednesday 23 June 2021 the 31-year-old was sentenced to four years and six months in prison. 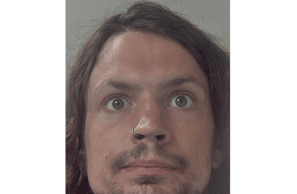