UK: One in ten hospital trusts have been asked to approve unlicensed cannabis-based medicinal prescriptions

Exclusive: Around 10% of hospital trusts responding to a freedom of information request said they had received requests for prescriptions of unlicensed cannabis-based medical products since 1 November 2018.

Around 10% of hospital trusts have received requests for prescriptions of unlicensed cannabis-based medical products, according to a freedom of information request submitted by The Pharmaceutical Journal.

Trusts were asked how many requests for prescriptions of unlicensed cannabis-based medical products (CBMPs) had been made though their trust’s drugs and therapeutics committee (or similar approval process) since cannabis was legalised for medical use on 1 November 2018.

Of the 138 trusts that responded with figures, 13 said requests had been made. Nine of these trusts had approved requests, three had rejected them and one was pending a descision at the time of writing.


In four of these trusts, multiple requests had been made. One trust had approved eight of these requests, with the others approving seven, six and five requests respectively.

Of the three that had rejected requests, differing reasons were given. In one case, the trust said they did not have a suitably registered prescriber; one trust said that it was not a specialist tertiary centre; and the third trust said the request was for Epidyolex (GW Pharma) and the case was not for one of the two conditions that this drug is approved for.

National Institute for Health and Care Excellence (NICE) guidance produced in 2019 did not recommend CBMPs for chronic pain, and said that that more research was needed into the clinical effectiveness and cost-effectiveness of CBMPs in severe epilepsy.

Mike Barnes, a consultant neurologist and chair of the Medical Cannabis Clinicians Society, said that it was good news that nine trusts had approved requests for full-spectrum cannabis products, although he added: “If you ask for unlicensed medicines, some trusts hide behind the fact that they’ve been prescribing the two licensed cannabis products, Sativex [GW Pharma] and Epidyolex. There’s nothing wrong with that, but they’re not full-spectrum products, for which there are some — not many, but some — ongoing prescriptions”.

Barnes went on to say that “bearing in mind there are 1.4 million people in the UK who use cannabis for medical purposes, there’s rather a lot to go, still”. 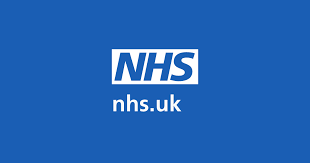