UK: Regulated Cannabis May Not Be A Vote Winner Says Lib Dems Leader, Vince Cable, But It Is “Commendable and Sensible” 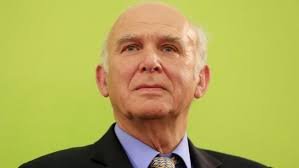 Vince Cable says the Liberal Democrats will keep pushing for the legalisation of cannabis.

The party’s new leader believes it makes sense to “regulate and control the market” rather than let criminals “control the mixing of substances”.

The government say it has “no plans to legalise cannabis”.

It says it remains a Class B drug “as there is clear scientific and medical evidence that cannabis is a harmful drug”.

“We can see the damage caused to young people of taking of drugs,” Theresa May told Newsbeat.

“Our drug strategy is all about recovery and helping people to come through this and see a better life.”

But Mr Cable believes “there are serious side effects from driving it underground”.

“You get toxic varieties like skunk that have the effect of creating psychotic disorders among their users,” he told us.

“Common sense would suggest that you should regulate and control the market rather than have free market anarchy.”

He adds that his policy “may not have been a great vote winner” but insists “it was commendable and sensible”.