UK: Survey Suggests That As Many As 1.4 Million Purchasing Illegal Cannabis To Treat “Chronic Conditions”

Survey of more than 10,000 people by the Centre for Medicinal Cannabis shows might higher incidence than previously thought reports inews UK

Some 1.4 million adults are now using “street cannabis” to treat the symptoms of chronic conditions, according to the largest poll of its kind.

A survey of more than 10,000 people by the Centre for Medicinal Cannabis (CMC), conducted by YouGov, sought to accurately identify the incidence of street-available cannabis use for medical intent among the general population in England, Wales and Scotland.

Further information regarding which diagnoses cannabis was used for, in addition to which social, age and geographical groups used cannabis in this was collected and will be published in a forthcoming report, the CMC said.

Previous reports have estimated that between 50,000 and 1.1 million people in the UK are already using cannabis in this way, excluding recreational use. However, criticism of this data, open to observational, selection and reporting bias, has prevented their inclusion in national policy deliberations.

Dr Daniel Couch, CMC medical lead, said: “For the first time we have reliable, representative data regarding the number of people in Britain using cannabis as a medicine. Over a million people are using cannabis illegally to relieve their symptoms. The findings are astounding and present a national challenge. We urgently require robust clinical evidence to evaluate the safety and efficacy of cannabinoid medicines” 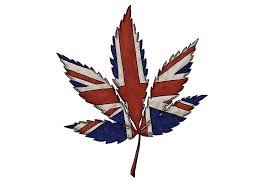