Here’s the info straight from the horse’s mouth.

The name does sound like one of those awful let’s hark back to WWII campaigns dreamt up by the Tories and Prince Charles. Maybe if they can get that CBD produced they could immediately give a free lifetime supply to Boris and Priti Patel to calm them down !

Volteface is delighted to announce the launch of Pleasant Lands, a campaign to unlock the hemp opportunity for UK farmers and small businesses.

Hemp is a versatile, environmentally beneficial and high value crop that should be making a significant contribution to the UK economy. However, it remains classified as a niche crop – with UK cultivation estimated at only 800 hectares annually.

The hemp industry has been held back by outdated restrictions that prevent British hemp farmers from processing and extracting CBD from the leaves and flowers of the plant, mandating that only the seeds and stalks can be used.

This unnecessary waste of the most valuable part of the crop has limited domestic hemp cultivation and excluded British hemp farmers from participating in the rapidly-growing CBD market, leaving the UK reliant on imports.

Pleasant Lands has been launched to campaign for the solution – to allow the extraction of CBD from UK hemp, and wholesale of the crop for this purpose. This reform would raise crop value, boost cultivation and improve the environment, whilst also creating a new UK industry.

YouGov polling has shown that there is overwhelming support for this policy, with three quarters of respondents agreeing that UK hemp farmers should have the freedom to process the flowers and leaves of hemp crops grown in the UK to supply CBD.

The campaign will raise awareness of this issue and produce a report, due for release in summer, that will outline to the government: how the current licensing framework disadvantages British hemp farmers, the economic and environmental benefits of allowing CBD extraction from hemp, a legal pathway to reform and recommendations for the future licensing regime.

To inform this work, Volteface has assembled strategic partnerships with the leading experts in hemp regulation and extraction:

Volteface is committed to drawing on the experiences of British hemp farmers and this is a call for stakeholders to join the campaign’s coalition. Together we can bring hemp cultivation into the 21st century.

“With the UK on the brink of deep recession, Volteface will be presenting the government with a primed policy solution that will drive up economic growth and jobs and support green recovery.

“This is the time to seize upon the economic potential of hemp cultivation, which global experience has shown to be significant.

“Pleasant Lands will act as the vehicle for change, encompassing a range of expertise, experiences and interests in hemp cultivation.” 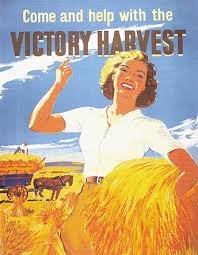