Published Via The Mondaq Platform

On March 31, 2021, New York State Governor Andrew Cuomo signed into law a bill legalizing the recreational cultivation, possession, distribution, sale and use of cannabis for individuals aged twenty-one or older. The new law also establishes a cannabis control board and an office of cannabis management to supervise the granting of licenses for recreational cannabis growers and retailers, and to oversee taxation and enforcement.

The bill amends, among other things, New York State’s:

In a statement, New York Attorney General Letitia James praised the passage of the legislation as a “step towards a fairer and more just system,” underscoring the disproportionate impact of the criminalization of marijuana on people of color.

New York is just the latest one of a number of states, including New Jersey, to legalize recreational cannabis. Importantly, and likely critical to its passage, is the provision that automatically expunges many prior marijuana convictions, the vast majority of which involve people of color. Proponents of the new law estimate that it will generate at least 60,000 new jobs, a large number of which are earmarked for those communities most disproportionately impacted by the disparate application of the state’s prior harsh drug laws for low-level marijuana offenses. Finally, it is expected that New York’s legalization of recreational marijuana will continue to ease the path to the passage of the SAFE Banking Act. Passed by the House in the last Congress, and just reintroduced last month, the SAFE Banking Act provides safe harbor to financial industry participants from federal money laundering prosecutions resulting from providing financial services to state-legal cannabis businesses. Is federal legalization far behind? 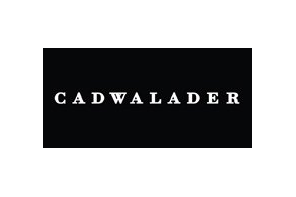