The U.S. Census Bureau is announcing another new plan to begin collecting and compiling data on revenue that states generate from legal marijuana.

The latest move—to add a cannabis question to annual reports that states submit—builds upon a separate notice the federal agency posted last month that explained it would be incorporating state-level cannabis tax data in its quarterly reports.

Aside from the difference in timescale—from quarterly to annual—the most recent move also broadens the scope of cannabis-related data being sought from states to include license fees in addition to the earlier notice’s sole focus on sales taxes.

The new notice, published in the Federal Register last week, states that the Census Bureau is making these procedural changes, which also include the collection of information on revenue from sports betting, in order to “modernize the survey’s content to maintain the relevancy and sustainability of these data.”

“The data are released as part of the State and Local Government Finance and Public Employment & Payroll statistical series,” the notice says, adding that these reports are submitted to various federal agencies for informational purposes. 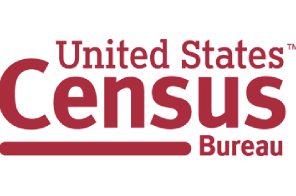