US Surgeon General Concerned About Cannabis Use By Teenagers & Pregnant Women

“Over and over again I hear a great and rising concern about the rapid normalization of marijuana use and the impact its false perception of its safety is having on young people and on pregnant women,” Jerome Adams said.

President Trump has even weighed in, donating his salary from this quarter – $100,000, to fund the digital communications campaign warning people about the dangers of marijuana.

“The mission is to educate. We’re a public health agency. We have data. The Surgeon General’s advisory is not ideological; it’s about data,” said Health and Human Services Secretary Alex Azar.

He also warned THC levels in marijuana have also gone up making the drug far more potent, and can slow brain development in babies in utero and teens.

Read full report and The Cannabis Trade Federation’s response at 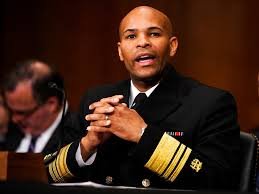