“The legal cannabis industry in the U.S. may grow to $50 billion in the next decade, expanding to more than eight times its current size, as lawful pot purveyors gain new customers and win over users from the illicit market, according to a new report.

Legalizing recreational use in California, where the drug is already medically permitted, is on the ballot in November, and approval of that measure alone would triple the size of the nation’s current $6 billion legal industry, according to a report from 10 Cowen & Co. analysts released on Monday. In all, voters in nine states will vote on weed-related initiatives this November — five to legalize the drug for all adults and four to allow for medical use.

Pot already is legal for recreational use in Alaska, Colorado, Oregon, Washington and the District of Columbia, and is medically permitted in 25 states. Cowen’s forecast assumes federal legalization of the drug, a measure that has more than 50 percent popular support.

“Cannabis prohibition has been in place for 80-plus years, but the tides are clearly turning,” the analysts said.”

NOTHING FOUND
Sorry, but nothing matched your search criteria. Please try again with some different keywords.

Although we can tell you this….. via a google search

Vivien Azer is a managing director and senior research analyst specializing in the beverage and tobacco sectors. Ms. Azer’s coverage of the tobacco sector has earned her a spot on Institutional Investor’s All-America Research Team on several occasions. In 2015, StarMine ranked Ms. Azer #3 for earnings estimation in tobacco, and in 2014 she ranked #1 in tobacco and #3 for earnings estimation in beverages. Prior to joining Cowen and Company in 2014, she spent over 9 years at Citi covering consumer staples. Ms. Azer holds a BA from the College of William and Mary and an MBA from NYU’s Stern School of Business.

Different analysts contributing to the report:

“Azer is bullish on not solely KSHB, but additionally on tobacco corporations, particularly these with e-cig expertise, like Reynolds American (NYSE: RAI). She expects Large Tobacco might double income progress within the subsequent twenty years as these corporations take 20% share of the general market. She known as out Turning Level Manufacturers (NYSE: TPB), which derives greater than half of its gross sales from Zig Zag rolling papers and vaporizers, as nicely. On the identical time, she believes that the expansion of authorized cannabis represents a menace to the alcohol trade.

Charles, Chen and Kopelman predict as many as 17,000 cannabis retailers upon legalization. They’re bullish on rising applied sciences together with supply providers, on-line content material, on-line procuring and on-line medical evaluations and likewise see fast-food retailers benefitting from leisure legalization. On the subject of the meals chains, they imagine that Jack within the Field (NASDAQ: JACK) is finest positioned due to its publicity to the states that at present allow grownup use. They talked about a number of well-known personal expertise corporations, together with Leafly, Weedmaps, Eaze and Meadow. Lastly, they see a possibility for magnificence provide chains to increase their choices in hemp-based merchandise.

The Well being Care analysts imagine that opioid alternative might assist the cannabis biotech corporations, however they see epilepsy as an even bigger driver. Cowen beforehand lined GW Pharma (NASDAQ: GWPH) (AIM: GWP) and maintains an “Outperform” ranking and a worth goal of $135. The report additionally pointed to the analysis efforts of Zynerba Prescribed drugs (NASDAQ: ZYNE) and privately-held Tilray, a licensed producer in Canada. Like B of A Merrill Lynch, they’re bullish on the cannabis lab testing enterprise and known as out a number of tools producers.”

We imagine the report will cost a pretty penny for us all to find out what we already know; eg if the Federal Govt pulls its head out of the sand creates a proper regulatory environment for recreational cannabis a lot of people are going to make a lot of money in all sectors of the economy. Of course, bandying a huge number like $US50 Billion is always going to get you some headlines and sell some reports 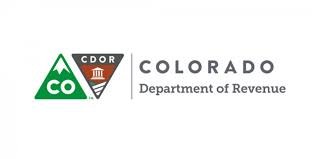 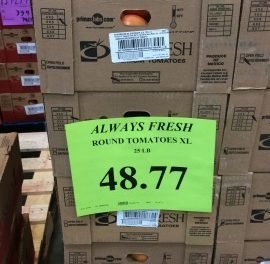 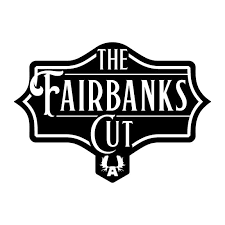