A federal U.S. Court of Appeals upheld the firing of a Chicago-based former Postal Service employee after they appeared to make an illegal cannabis purchase in 2017.

The U.S. Court of Appeals for the Federal Circuit has upheld the removal from federal service of a Postal Service (USPS) employee who in 2017 appeared to have purchased cannabis from the postal truck of a co-worker while on duty, according to an SHRM report.

The employee, a city carrier at Chicago, Illinois’ Dearborn Station was removed following a Postal Service Office of Inspector General (OIG) investigation that found that a co-worker, another letter carrier, was selling cannabis from a Postal Service vehicle. The employee and six other letter carriers admitted that the deals took place, but the removed employee denied the allegations. Five of the seven other employees who had been removed over the accusations appealed their terminations through grievance arbitration and the arbitrators settled from removal to long-term suspensions, and the employees were permitted to return to work without back pay, the report says. 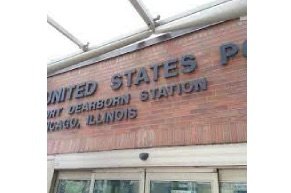