IN THE HOUSE OF REPRESENTATIVES

Mr. Rohrabacher (for himself, Mr. Cohen, Mr. Young of Alaska, Mr. Pocan, Mr. Yoho, Mr. Blumenauer, Mr. McClintock, Ms. Titus, Mr. Hunter, Mr. Polis, Mr. Amash, Ms. Lee, and Mr. Massie) introduced the following bill; which was referred to the Committee on the Judiciary, and in addition to the Committee on Energy and Commerce, for a period to be subsequently determined by the Speaker, in each case for consideration of such provisions as fall within the jurisdiction of the committee concerned

To amend the Controlled Substances Act to provide for a new rule regarding the application of the Act to marihuana, and for other purposes.

This Act may be cited as the “Respect State Marijuana Laws Act of 2017”.

2.Rule regarding application to marihuana

Part G of the Controlled Substances Act (21 U.S.C. 801 et seq.) is amended by adding at the end the following:

710.Rule regarding application to marihuana

Notwithstanding any other provision of law, the provisions of this subchapter related to marihuana shall not apply to any person acting in compliance with State laws relating to the production, possession, distribution, dispensation, administration, or delivery of marihuana. 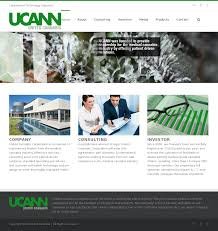