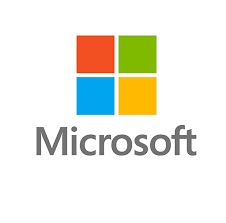 Software giant Microsoft Corp. is teaming up with an established ancillary cannabis firm to land government technology contracts tied to the marijuana sector, a groundbreaking development that could spur other major mainstream companies to work with the industry.

Kind Financial told Marijuana Business Daily that it is partnering with the world’s largest software maker in a bid to win city, county, state and perhaps even international government contracts to build and manage seed-to-sale tracking systems that keep tabs on the cannabis sector.

Microsoft’s foray into the legal marijuana industry marks the first time a major mainstream corporation has publicly acknowledged it intends to tap the cannabis-related market – although the Redmond, Washington, company won’t touch the plant.

Conlin added: “Somebody big sooner or later was going to make a move. And here they come, and I think it’ll just open the floodgates.”

Microsoft said demand from its government clients for seed-to-sale technology fueled its interest in the partnership.

“Clearly, this is a new trend. We saw it as an emerging market, where our customers were expressing a need for tracking systems,” Kimberly Nelson, the executive director of state and local government solutions for Microsoft, told Marijuana Business Daily.

Together, the two companies will target government contracts all over the United States and even internationally using Kind Financial’s Agrisoft software. Microsoft will host the seed-to-sale tracking system on its its Azure online platform.

Nelson insisted that Microsoft isn’t getting into the cannabis industry per se, but is instead partnering with Kind Financial to meet the needs of the software giant’s government clients.

“Microsoft is not in the legal cannabis industry. Microsoft is in the cloud platform business,” Nelson said.

Still, the fact that a company the size of Microsoft is willing to team up with a business such as Kind Financial may mark a serious turning point for the legal cannabis industry. Microsoft, founded by Bill Gates and Paul Allen in 1975, is one of the largest companies in the world. The tech giant rang up sales of $94 billion in its latest fiscal year.

Kind Financial CEO David Dinenberg told Marijuana Business Daily the two companies already have submitted a bid for a seed-to-sale tracking system in Puerto Rico. While he declined to name other states or countries that Kind Financial and Microsoft are considering, he isn’t shy about his ambitions to dominate that niche of the cannabis trade.

“This really could be a global relationship for us,” Dinenberg said. “This is also groundbreaking for the cannabis industry in general, and I’m really proud of that.”

“It is an enormously positive signal that however bumpy the road has been so far … that the trend for the industry is clearly upward,” Basham said. “It legitimizes what they’re doing, because you’ve got one of the largest companies in the world going in with them. So it’s going to enable those parts of the industry that want to partner with outside companies, to say, ‘Look, Microsoft is doing it.’”

The deal had been in the works for between six and nine months, Dinenberg said, and was clinched in large part because of the ongoing medical cannabis legalization trend, Nelson added.

“One of the things we do in our sector is try to identify some of the new or pressing needs that our customers are facing,” Nelson said. “This has gotten to the point where governments clearly need solutions … This is a legal industry. This is a government-sanctioned, regulated program.”

State government contracts have also become a lucrative – and prestigious – source of income for competitors of Kind, including BioTrackTHC, MJ Freeway, and Franwell. In some states, dozens of competitors have submitted bids for contracts, which are often worth hundreds of thousands of dollars, if not millions.

Another big upside for Kind Financial: It gets to keep all the revenue from the government contracts, Dinenberg and Nelson said. Microsoft, for its part, will benefit from increased traffic on its Azure platform.

It’s “unclear” how much of a revenue bump Microsoft will receive from the partnership, Nelson said. Still, the partnership could yield non-monetary benefits, too. It’s reputation could be bolstered if it succeeds in landing contracts that could be worth millions, if not tens of millions, to Kind Financial.

And while the partnership may prove a dominating force in the seed-to-sale side of the industry, it doesn’t mean Kind and Microsoft automatically will muscle out all their competition, Conlin, the cannabis industry consultant, said.

“If I was one of those companies, I’d look to partner with a big dog ASAP. And I don’t think they’ll have any trouble with that,” Conlin said. “They’re in a good position, MJ Freeway and others. It’s a tremendous opportunity for them.”

Kind Financial’s Dinenberg said that the Microsoft partnership applies only to government contracts. It doesn’t apply to compliance software offerings for private companies, another line of work for marijuana software companies.

Microsoft Corp. MSFT, +1.13% has become one of the first major technology companies to get into the marijuana business. The company has reportedly announced a partnership with KIND Financial, a seed-to-sale software provider that helps state and local governments track the cannabis business, according to Marijuana.com. A team at Microsoft will reportedly help clients navigate regulations and laws, while tracking legal cannabis commerce and helping to stop product from reaching the black market, according to the report. Microsoft did not immediately respond to a request for comment, and the site for KIND Financial appeared to have been taken down as of 12:30 p.m. ET. Shares of Microsoft traded 1% higher to $50.17 Thursday afternoon. They are down 7.8% over the last three months, versus a 1.7% improvement for the Dow Jones Industrial Average.

After the legalization of medical or recreational marijuana in more than 20 states, Microsoft on Thursday will announce its first-ever partnership with a software company that supports the burgeoning cannabis industry.

The collaboration involves Kind Financial, a Los Angeles-based start-up company that makes technology and tools for marijuana-related businesses to navigate the myriad rules and regulations in states across the country that allow the sale of marijuana. Kind sells what it calls “Agrisoft Seed to Sale software,” that lets growers track their plants from planting to the point of sale, and it provides kiosks that cannabis businesses use for cash management inside their stores. 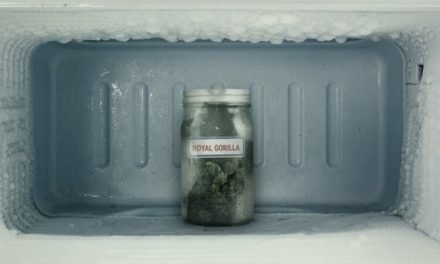 Oregon: The Legislative Freeze Has Finally Arrived & Not A Moment Too Late. Now Over 6 Years Of Stock In The State !