“Come November, voters in at least a half-dozen states will decide on whether to legalize either the recreational use or the medical use of marijuana. As it stands now, those states include: Arkansas, California, Florida, Maine, Massachusetts, Montana and Nevada.

More states could join that list in the coming months. Several proposals — including an unprecedented one that could strip a state of its medical marijuana program — remain in the wings, awaiting official confirmation.

Below is a rundown of the states with legal recreational and medical cannabis on the line as well as those with potential ballot measures. 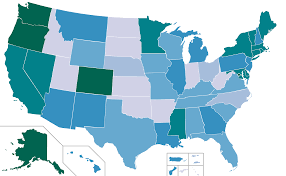