Nevada’s first recreational marijuana dispensaries are expected to open on July 1, but questions remain about what regulations those business will be subject to. Lawmakers met with Director of the Nevada Department of Taxation Deonne Contine on Wednesday night to gain some clarity

She said, “The department has drafted proposed temporary regulations to allow for Early Start.”

The Early Start program will allow current medical marijuana businesses to be the first to participate in the recreational pot industry.

A September 2015 Freedom of Information request by The New York Times, seeking the names of the panel’s members, was delayed nine times. On Friday, the request was effectively denied, as the department said that it did not “maintain records” or contact information for the panel.

On Monday, however, the department reversed course and disclosed the names of the panel’s 17 evaluators: all state employees, most with little or no prior professional experience in medical marijuana.

They included a number of Health Department scientists as well as three architects, an accountant and an auditor. They were chosen for their specialties — including chemistry, internal medicine, and pharmaceutical drugs, according to the department — to create a “multidisciplinary team.”

AKRON, Ohio– Akron City Council has unanimously approved legislation that lays the groundwork and opens the door for any company or individual wanting to grow and sell medical marijuana within the city limits consistent with state law.

Nearly half of the Texas House of Representative’s 150 legislators have signed on to a whole plant medical marijuana bill after a marathon hearing Tuesday night.

Currently 73 legislators, both Democrats and Republicans, are listed as sponsors of HB 2107.

The House Public Health Committee held a hearing on the bill, which lasted over four hours, and included testimony from doctors and other health professionals, veterans, patients, caregivers – especially those with children, and activists. There were plenty of tears shed as well.

In all, the witness count was 66 for, and one against according to a person at the hearing.

The Vermont House narrowly passed a marijuana legalization bill late Tuesday night after hours of debate, but the legislation is not expected to advance further this year.

Update 5:41 p.m. Late Wednesday afternoon, the House gave final approval to the bill, with a 75-71 vote

From original post: The bill, H.170, passed around 11:30 p.m. on a 74 to 68 vote, after two attempts to send it back to committee and several amendments aimed at weakening or delaying it. The bill allows for the legal possession of up to 1 ounce of dry marijuana and the cultivation of up to two mature marijuana plants and four immature plants.

Both houses of Vermont’s legislature have passed competing cannabis legalization bills but no further advances are expected as the measures are too far apart and the state’s session ends on Saturday, according to a Vermont Press Bureau report.

The House measure, which reportedly passed 74-68 at 11:30 p.m. on Wednesday, would allow adults 21-and-older to possess up to 1 ounce of flower and cultivate two mature and four immature cannabis plants. The Senate proposal, which passed the body April 20, is a tax-and-regulate scheme that would create a contemporary cannabis industry in the Green Mountain State.

An amendment to the House bill by Democratic Rep. Jean O’Sullivan would have put the measure more in line with the Senate bill; that amendment, however, was rejected 42-99. Other amendments to the House measure were also rejected, including a provision to retain civil penalties for possession but removing criminal penalties for possessing cannabis plants; one that would delay implementation of the law until law enforcement has a test to check for cannabis impairment; and another that would have created cannabis education programs in schools. 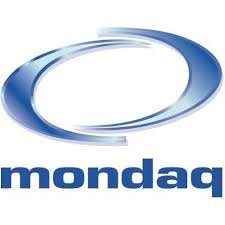 Hoban Say, “Although initially misreported by many news outlets, Mr. Sessions did nothing more then re-state that each United States Attorney’s office has discretion in choosing which laws to enforce”