Oreva Capital, which in June announced it had bought a controlling stake in High Times for $70 million, is selling the company to special purpose acquisition company (SPAC), Origo Acquisition, for $250 million.

“High Times is one of few household names in the cannabis industry,” said High Times Chief Executive Adam Levin, who will continue to run the company post-merger.

SPACs like Origo have no assets but use IPO proceeds and bank financing to take companies public through acquisitions. High Times expects to list by October on Nasdaq, but it is unclear what the ticker will be, a source familiar with the situation told Reuters.

Learn in depth discussions on upcoming policies and six purposefully constructed tracks about the fundamentals of owning and operating a successful cannabis business when the new California laws go into effect January 2018.

Hosted by the industry’s leading national and state industry associations, this is a must-attend conference if you want to own a cannabis business in California, the world’s largest adult-use market.

In the first big-dollar deal in Florida’s budding marijuana industry, a Canadian company paid $40 million for one of seven firms allowed to grow and sell cannabis in the state.

Chestnut Hill’s most valuable asset is its state license to produce medical marijuana. However, state officials have said they’ll issue more licenses for cannabis cultivation as more patients join Florida’s medical marijuana registry, so even the license could prove a depreciating asset.

Fifty-one medical marijuana-related bills were filed in this year’s regular legislative session, according to an Arkansas Democrat-Gazette analysis. Twenty-five became law. Four have already gone into effect. The remaining 21 go into effect Tuesday.

However, some local governments are having the largest effect on future medical-marijuana availability by issuing temporary bans against dispensaries and cultivators, said David Couch, the Little Rock-based lawyer who sponsored the voter-approved Arkansas Medical Marijuana Amendment.

“It’s a violation of the constitutional amendment, and they’re doing it, I think, solely to intimidate people who are considering applying for a cultivation facility or dispensary,” Couch said. He added that he is considering filing lawsuits.

Full Article At Link Above

Legal weed in Siskiyou: A county at odds

In this sparsely populated county bordering Oregon, that’s the fear of many leaders, who are wary of the crime and environmental havoc some marijuana growers have already caused on their bucolic land. With legalized recreational marijuana looming in California, those officials are finding themselves at odds with proponents of medical and recreational cannabis who see them as stuck in the past.

“People are pretty damn scattered. And they look for something to do. And the one thing that they’ve found to do is turn people in, because of the encouragement by our sheriff,” said Wayne Walent, a local medical cannabis activist. “It’s pure politics.”

The debate spills into the streets of the county’s cities, like Mount Shasta, a small town with a bohemian vibe that welcomes medical marijuana, and another stop on Interstate 5, Weed, which — despite its apt name — doesn’t currently have cannabis businesses.

Iowa – Iowa’s new program on Medical Marijuana Oil was already approved to begin on July 1 during the state’s previous legislative session, but according to some manufacturers from other states, the success of the Iowa’s effort for the program is vague.

The nonpartisan Legislative Fiscal Office forecasted 6,022 patient enrollees for this new program in Iowa. This program will allow people with specific medical conditions to take cannabis oil as a treatment.

Such as those who are diagnosed with cancer, seizures, Crohn’s disease, Parkinson’s disease, multiple sclerosis, HIV or AIDS, untreatable pain, Amyotrophic Lateral Sclerosis, and those with terminal ailments with less than a year of life expectancy.

The list of companies wanting to break into Ohio’s budding medical marijuana business includes major players on the national and international stage with experience and access to financing that gives them an edge, according to industry experts and insiders.

The only details state officials have released about the 185 applicants for two dozen licenses to grow marijuana in Ohio are their company names and business representatives.

While public support for marijuana grows across the country, ambiguity surrounding marijuana laws in Washington, D.C., has provided an opportunity for online distributors. But it has also put consumers in a tricky spot.

Local politicians and the D.C. Department of Health have argued in favor of fully legalizing and regulating the sale of marijuana, but Congress has prevented the District from moving forward by restricting its funding. That funding remains in question as Congress debates spending bills for the next fiscal year. D.C. Delegate Eleanor Holmes Norton, a nonvoting member of the U.S. House, has been lobbying lawmakers to lift the regulations.

More at Link above 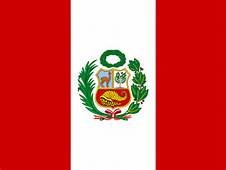 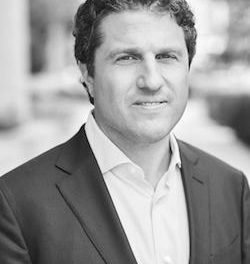 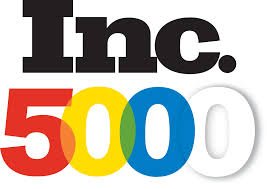