Which state legislatures could legalize recreational, medical marijuana in 2018? 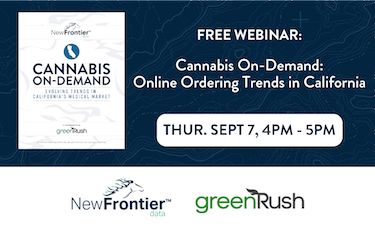 State lawmakers are scrambling to develop regulations for California’s legal weed industry before Jan. 1, 2018, when it finally becomes legal for adults to buy marijuana without the cover of a doctor’s recommendation. Regarding that mad scramble, our representative in the California Senate, Mike McGuire, offered an analogy: “We are building the plane while it’s being flown.”

The Legislature now has less than three weeks (until Sept. 15) to pass bills in the current legislative session, and Gov. Jerry Brown has until Oct. 15 to sign them into law or veto them into oblivion.

Both McGuire and Assemblymember Jim Wood have authored or co-authored a variety of bills that, if passed, will have significant impacts on arguably the most significant industry in Humboldt County.

“The new rules and regulations that will be required of cannabis businesses next year are going to be a big change for the industry,” Wood told the Outpost. “We are working to do everything we can to make this transition period as easy as possible.”

Here’s a look at how the current batch of bills from our local lawmakers may impact the industry.

With legitimacy comes taxation. (Or is it vice versa?) Starting Jan. 1, all licensed cultivators in California will have to pay the tax man for their harvested ganja. How much? Per voter-approved Proposition 64 (aka The Control, Regulate and Tax Adult Use of Marijuana Act, or AUMA), the state will levy a tax of $9.25 per ounce of harvested buds bound for the commercial market The rate for leaves, meanwhile, will be $2.75 per ounce, and consumers will pay a 15 percent tax on retail purchases.

Four suspects were arrested on suspicion of crimes related to illegal cultivation of marijuana in the Mid-Peninsula Open Space Preserve near Devil’s Canyon west of Highway 35, according to Commander Saul Lopez of the San Mateo County Narcotics Task Force.

FAIRFIELD — The Board of Supervisors on Tuesday will consider the first marijuana cultivation ordinance in Solano County history, regulating personal medical and recreational uses, as well as setting caregiver standards.

“What we are saying is any zoning that allows a house (will) allow the cultivation of cannabis for personal or caregiver uses,” Mike Yankovich, planning manager for the Department of Resource Management, said in a phone interview Friday.

A public hearing is set for 6:30 p.m. in the first-floor board chamber of the government center, 675 Texas St., in Fairfield.

Yankovich said Supervisors John Vasquez and Erin Hannigan are expected to report about their findings on issues related to commercial marijuana activities, including cultivation, sometime in September.

“Then we (the staff) can get direction from the whole board about what to do about commercial cultivation,” Yankovich said.

The medical and recreational cultivation ordinance was approved March 16 by the Planning Commission. It is essentially the third version produced, starting with a much more restrictive staff version that was produced after early discussions with the Board of Supervisors.

The Planning Commission found many of the provisions in the draft ordinance to be heavy-handed or covered by other county codes, softening and reshaping the regulations into the version that the supervisors will consider Tuesday.

The same limits are placed on individual medical users after laws concerning those cultivation standards were merged into a single standard aligned with recreational use.

The ordinance then sets regulations for outdoor and indoor regulations. Outdoor gardens, for example, must be located in the back 50 percent of the property, 10 feet from the property line or easement, and be screened from public view.

Gas products and open flames are not allowed in areas where plants are grown indoors.

The drying and processing areas, either inside or out, must be in a secure area – fenced if outside – and not accessible to visitors or under-age people.

Anyone who grows marijuana as a primary caregiver must obtain an annual administrative permit from the county, and sets forth a variety of other regulations, but are allowed indoor or outdoor grows.

The ordinance will go into effect 30 days after board approval.

The board is also scheduled to meet for a closed session at 1 p.m. to discuss labor negotiations.

After emotional testimony on both sides, the Billings City Council — at 1:50 a.m. Tuesday, more than seven hours after opening its meeting Monday evening — voted 7-4 to ban medical marijuana dispensaries within city limits.

The decision clarified that land use that’s contrary to local, state or federal law will not be allowed. Another proposal, also approved 7-4, defines dispensaries and deletes unnecessary or outdated language in city code.

Proponents and opponents nearly filled council chambers, then waited more than three hours to begin delivering testimony that left some of them in tears.