A must read for growers, producers, strain developers.Utility Patents per the Monsanto approach now happening in the cannabis sector.

According to Holmes, a secretive company called BioTech Institute LLC had begun registering patents on the cannabis plant. Three have already been granted, and several more are in the pipeline, both in the U.S. and internationally. And these are not narrow patents on individual strains like Sour Diesel. These are utility patents, the strongest intellectual-property protection available for crops. Utility patents are so strict that almost everyone who comes in contact with the plant could be hit with a licensing fee: growers and shops, of course, but also anyone looking to breed new varieties or conduct research. Even after someone pays a royalty, they can’t use the seeds produced by the plants they grow. They can only buy more patented seeds.

“Utility patents are big. Scary,” Holmes said. “All of cannabis could be locked up. They could sue people for growing in their own backyards.”

Article: No longer stuck in the weeds: Marijuana insurance moves into the mainstream

In light of these legalizations and the new attitude, policyholders, agents and insurers have been reconsidering the insurability of marijuana-based industries in the United States. Today, the trend is to allow them to be insured. Many insurers see the marijuana industry as no different than any other. In fact, many insurers believe the risk posed by the marijuana industry is similar to the risk posed by the alcohol industry and believe that both should be insured in a similar manner.

Webinar: “Cross-Border Cannabis Markets: A Primer for Businesses and Investors.”

On May 9, 2017, Matt Maurer, Chair of Minden Gross LLP’s Cannabis Industry Group, teamed up with Hilary Bricken, head of the Canna Law Group at Harris Bricken in the United States, to provide a one hour webinar entitled “Cross-Border Cannabis Markets: A Primer for Businesses and Investors.”

Matt and Hilary provide an overview of the medical and recreational regimes in both countries as well as discuss considerations for people looking to invest in the cannabis space.

If you were not able to catch it live, good news, we have the recording, which you can watch here.

E-Commerce Taxation and Cannabis: I Have Good News and Bad News

Cannabis Litigation, Part 3: I want my own IP, or how to settle ownership disputes before they start

If you co-own a cannabis business, you probably have a formal operating agreement that sets out who owns what—at least if you’ve been reading this blog. As I noted in my previous blog post, your cannabis company probably owns some intellectual property (IP): trademarks, copyrights, trade secrets, or patents. But who owns the IP, if, as is common, the operating agreement is silent on this issue? You may not have thought much about this, but you should. As any divorce lawyer can tell you, many assumptions about who owns what turn out to be mistaken.

“I was one of those doctors that thought marijuana was all the myths we believed about a gateway drug,” she says. “I believed it to be illicit and dangerous, like ecstasy and heroin and cocaine.”

Over the past two months, Post has certified more than a hundred patients for Arkansas Department of Health medical marijuana registry identification cards. That’s roughly one of every eight approved statewide so far.

She became convinced of medical marijuana’s health benefits, she says, after spending months reviewing available scientific literature on PubMed. Today, she shares what she’s learned with her patients, taking an hour to assess their medical complaints and educating them about how medical cannabis works.

The medical marijuana business in Arkansas will not be cash only, as feared by opponents during last year’s campaign for the Arkansas Medical Marijuana Amendment.

But banking services for the business will be expensive, secretive and legally dubious, according to representatives of the financial industry.

Right now, medical marijuana banking is tentatively allowed under guidance from federal regulators. According to federal figures, 368 banks and credit unions were serving the industry nationally in March, an increase of 63 from a year prior.

“The fact is that the legalization in Arkansas is not a defense for nor a cover for the legality by the federal laws, and all banks — whether they’re state chartered, nationally chartered or anything else — are under the federal laws and regulations,” said Bill Holmes, president of the Arkansas Bankers Association.

An update to Pittsburgh’s zoning code could establish by October where medical marijuana dispensaries, growers and processors may do business in the city.

Applicants would need to receive zoning variances in order to set up shop elsewhere in Pittsburgh.

State Rep. Jeremy Faison, R-11th, of Cosby, has been tapped to co-chair a legislative task force to consider the issue of legalizing medical marijuana in Tennessee.

Faison was appointed, along with State Sen. Steve Dickerson, R-Nashville, to head up the Joint Ad Hoc Committee on Medical Cannabis for the Tennessee General Assembly by Lt. Gov. Randy McNally, R-Oak Ridge, and Speaker of the House Beth Harwell, R-Nashville.

Faison and Dickerson are two of the eight Republicans selected from both the House and Senate to study, evaluate, analyze and undertake a comprehensive review regarding whether the legalization of cannabis for medicinal purposes is in the state’s best interest. 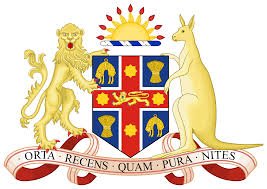 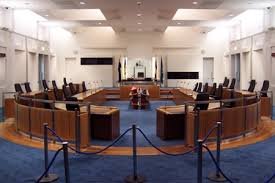 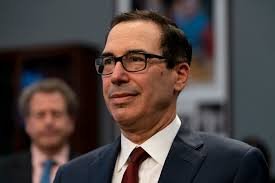