The American Society of Regional Anesthesia and Pain Medicine (ASRA) has released a formal position statement requesting that the Drug Enforcement Administration (DEA) reschedule marijuana from Schedule I to Schedule II under the Controlled Substances Act.

The official statement on marijuana by ASRA, summarizes evidence from clinical studies and systematic reviews/meta-analyses, indicating the effectiveness of marijuana in relieving pain associated with conditions such as spasticity from multiple sclerosis (MS), cancer, rheumatic diseases, and neuropathies.1

Despite aforementioned evidence pointing to the effectiveness of marijuana in managing pain and treating conditions ranging from depression and anxiety, to seizure, its acquisition for research purposes has proven cumbersome, due to its categorization as a Schedule I substance.

“Many patients could potentially benefit from its use,” ASRA Board member Samer Narouze, MD, PhD, said in a statement. “However, because medical marijuana lacks the FDA quality and safety oversight, there is inconsistency in doses, which can pose potential risk to patients.”

Another systematic review and clinical guideline published by the American Academy of Neurology adds to the evidence regarding effectiveness of some oral and oromucosal forms of cannabis in improving MS-related symptoms. The conclusion of this report indicated that there is “strong evidence that medical marijuana can help lessen central pain associated with MS, and is ‘probably effective’ for spasticity, painful spasms, and urinary dysfunction associated MS.”2

According to a recent study, savings to Medicare Part D spending reached an estimated $165.2 million, due to patients using marijuana as an alternative to prescription medications for treating various conditions.3

However, clinical studies on marijuana are limited, and results from these studies cannot be generalized, as both form and dose of cannabis used vary from study to study.4 In addition, blinding of both patients and researchers has proven difficult.

There are also some known risks to marijuana, such as addiction, which is more common in younger populations who use the drug on a daily basis; dependence, which is more common among older adults who take smaller amounts to get relief for various symptoms;5 and an increased risk of dependence in those who already have mood or anxiety disorders.6

Marijuana has also been shown to affect structural connectivity and gray matter volume in the orbitofrontal cortex, to be associated with lower IQ in adults who later stopped using the drug, psychiatric outcomes, and long-lasting changes to synaptic structure in the prefrontal cortex.

Clearly, more research is needed to study marijuana’s potential risks and benefits to gain a better understanding of its potential for medical use.

“Expanded research, which is only feasible if marijuana is rescheduled to a Schedule II classification, will bolster the emerging evidence base to better inform healthcare providers about those patients most likely to realize the greatest treatment benefit from marijuana,” wrote the authors of the ASRA statement.

“In addition, further research will aid in the development [of] marijuana-based agents that have minimal psychoactive properties and minimal association side effects, while retaining its beneficial therapeutic effects.”

However, marijuana’s current legal status hinders research. Even though 24 states have legalized medical marijuana as of May 2016, its categorization as a Schedule I substance puts the federal and state laws in conflict.

Researchers have to pass through the bureaucratic tape of 3 different federal agencies in order to conduct a clinical trial using marijuana.

The authors of the ASRA statement explain that, as directed in the Controlled Substances Act, those who want to conduct research on marijuana must register with the DEA to obtain a state license, and submit an investigational new drug application to the FDA. Once the study is approved, the actual marijuana itself must be obtained from the National Institute on Drug Abuse (NIDA).

“As a result of these barriers, there remains a dearth of high quality evidence available in the peer-reviewed literature regarding both the safety and efficacy of marijuana treatment,” the authors noted.

The ASRA therefore asks that the federal government remove marijuana from Schedule I: “ASRA strongly encourages the federal government to remove research barriers by downgrading marijuana from a Schedule I to a Schedule II substance, a classification under which cannabis could be studied in clinical trials, similar to other pharmaceutical agents with a high potential for abuse, but still possessing medical benefits.”

They also ask the National Institutes of Health to implement guidelines and encourage grant applications for clinical research on the medical use of various forms of cannabis.

However, just 2 months prior to the ASRA statement, 2 petitions requesting the rescheduling of cannabis were denied by the DEA: “Based on the legal standards in the Controlled Substances Act, marijuana remains a schedule I controlled substance because it does not meet the criteria for currently accepted medical use in treatment in the United States, there is a lack of accepted safety for its use under medical supervision, and it has a high potential for abuse,” was stated in the response.

Petition authors noted that instead, they are allowing additional organizations to apply to become registered with the DEA to grow and distribute marjiuana for research purposes. The only organization that currently has an agreement with NIDA to do so is the University of Mississippi.

Time will tell if the request from ASRA to the DEA fares better than former requests, but this presents a similar situation to the current fears about the possible scheduling of kratom: the wording and design of the Controlled Substances Act has no separate categorization for substances that “have a high potential for abuse” but that may also have medicinal uses, which may be clearly identified, provided research on the topic is facilitated.

Here’s the document in full 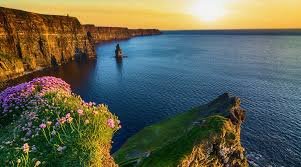 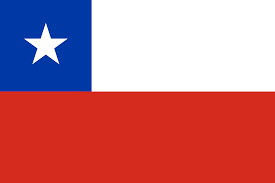 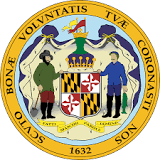 Maryland: How Not To Roll Out Your Medical Marijuana Program

USA – Report: Substance Abuse and Mental Health Services Administration (SAMHSA) “Marijuana Use and Perceived Risk of Harm from Marijuana Use Varies within and across States”