The new bill will allow the state to keep the 5% THC cap –  which was the biggest concern among activists regarding the senate bill previously introduced – and it would also add HIV/AIDS, autism, Alzheimer’s disease, epidermolysis bullosa, peripheral neuropathy and Tourette’s syndrome to the list of qualifying conditions. Assuming the rest of the lawmakers agree that this is a fair agreement between the two previous bills and they pass the bill on to the governor, it might not be long before at least one form of medical cannabis is available to many more patients in Georgia.

PROVIDENCE, R.I. (Mar. 17, 2017) – Bills introduced in the Rhode Island legislature would legalize marijuana for recreational use, taking a big step toward nullifying federal cannabis prohibition in practice in the state.

Senate Bill 420 (S420) was introduced by Sen. Joshua Miller (D-Cranston) and four bipartisan co-sponsors to legalize marijuana under a tax-and-regulate system enforced at the state level. The legislation reads as follows:

Prohibiting the possession, cultivation, and sale of cannabis to adults has proven to be an ineffective, unfair, and costly policy for the state of Rhode Island. In the absence of a legal, tightly regulated market, an illicit cannabis industry has thrived, undermining the public health and safety of Rhode Islanders…

“Most Rhode Islanders recognize prohibition has failed and seem to view regulating marijuana is a no-brainer,” Regulate Rhode Island director Jared Moffat said in a press release. “Regulation better protects young people, improves public health and safety, and creates more economic opportunities for workers and entrepreneurs in our state. No matter how you look at it, this is clearly a smart path for us to take. Lawmakers would be wise to follow the will of their constituents.”

Under the provisions of S.420, individuals could lawfully use, obtain, purchase, transport, or possess up to one ounce of smokable marijuana. In addition, smokeless marijuana could be lawfully used as long as the “products [contain] no more than three hundred milligrams” of active THC. Five ounces of cannabis could be possessed in an individual’s residence as well. Paraphernalia would be legalized as well, along with transporting lawfully-possessed marijuana in a motor vehicle and giving away lawfully-possessed marijuana.

A companion bill has been introduced in the House. H.5555 is sponsored by Rep. Scott Slater (D-Providence) and gives the Ocean State two separate opportunities to legalize recreational marijuana, in turn nullifying federal prohibition, during the current legislative session.

Texas marijuana consumers will still be criminals after decriminalization, legalization

Many people in Texas who consume marijuana will still be criminals long after the plant is both decriminalized and legalized.

At a rate of 60,000 to 75,000 arrests per year for possession in Texas alone, the number of people who already have a criminal record for possessing a plant which is safer than many other legal drugs is presumed to be staggering. Data on just how many people currently live in Texas with a criminal record for marijuana possession is hard to come by.

All of these people face extra discrimination when it comes to employment, housing rentals, and licensing. They’re also denied college financial aid. It makes these people part of a class which is extremely hard to get out of, and most will struggle their whole lives because of a possession of marijuana criminal record.

There is legislation currently being considered by the Texas legislature that would both decriminalize marijuana, and legalize it.

HB 81 would make possession of an ounce or less of marijuana a civil fine of up to $250, with no arrest, and no criminal record. However, it does not cover marijuana concentrates, which any amount of is considered a felony, even though concentrates are often considered a healthier, more effective way of consuming this plant.

Both HJR 46 and SJR 17 would legalize cannabis. These two bills are joint-resolutions, meaning a super majority of legislators must pass one of them, and then the voters of Texas would have the final say at the ballot box in 2018.

Vermont marijuana legalization bills headed for back burner, but all’s not lost

One of the bill sponsors, Democratic Rep. Sam Young, says there are still options for reviving interest

MONTPELIER, Vt. — Two marijuana legalization measures in Vermont’s House will likely miss a key deadline Friday to advance to the Senate, hindering their chances of passing this year.

The two bills offer widely differing ways to legalize marijuana. The first measure was introduced in January and allows for personal cultivation of marijuana and legal possession of small amounts, but no regulatory or taxation structure.

A separate measure introduced in February relies on the earlier bill to pass. It would create the regulatory structure for taxing marijuana, but only if marijuana is already legalized by the earlier measure. 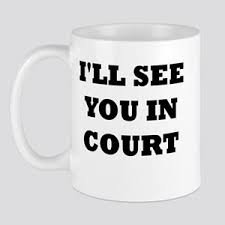 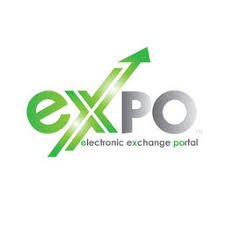 Colorado Based “Alliance Financial Network” Creates 360 Degree Compliance Seed to Sale/CPA Financial and Payments Solution For The U.S. Cannabis Sector. Colorado based attorney Craig A. Brand, Esq., a founding member of “Ganja Law” Is Now Named Official Global, Legal Eagle and the “Keeper of the Kingdom”. 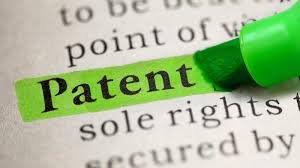