Public Hearings:
The State Licensing Authority will hold formal, public hearings regarding the permanent rules for these topics (see Work Group titles below). Any member of the public may testify and all testimony will be considered part of the formal record. The date and location of the hearings will be reflected in the Permanent Rulemaking Notice. The expected date and location of the hearings is as follows:

We appreciate the interest expressed by stakeholders who requested to participate on a work group panel. Interested parties are encouraged to take an active role in the rulemaking process by attending work group meetings and offering verbal comments during the public comment portion of the meetings. Interested parties may also submit written comments to the Division concerning all rules subject to the State Licensing Authority’s consideration.

The Division will file a permanent rulemaking notice with the Secretary of State on or before September 15, 2017.  Draft rules will be included in the notice, along with a form for interested individuals to submit written comments with suggestions on the draft rules.  Written comments are encouraged and will be accepted until 5 pm on Monday, October 16, 2017.

Extract:  In March, Georgia House representatives approved a House Bill 65 that would extend the legal parameters for medical use of the cannabis. The bill, which was initiated by Allen Peake, R-Macon, the state representative, is among the major changes that will expand the list of illnesses and medical conditions that can be treated by medical marijuana in Georgia which include HIV/AIDS, Autism, Autoimmune disease, Cancer, Alzheimer’s disease, Crohn’s disease, Peripheral neuropathy, and Tourette’s syndrome.

The law removes a one-year residency requirement. Furthermore, the bill will allow people from other states who possess registered cards to access low-THC cannabis oil products (contains not more than 5% THC). According to the current Georgia’s 2015 law, patients are only allowed to have up to 20 ounces of cannabis oil for treatment of serious illnesses including cancer, epilepsy, and Parkinson’s disease.

The new House bill comes two weeks after the state Senate passed the medical marijuana measure to add autism to the list of the eligible conditions and reduce the allowable maximum THC level in the cannabis oil to 3%, a directive that is not acceptable with most law advocates. Senators who are advocating the reduction of the maximum THC level in the oil argue that the move would enable the state to be in line with other states that have also limited the THC level of the cannabis oil.

Extract:  After months of confusion over the legal status of cannabidiol oil, Indiana Attorney General Curtis Hill deemed it illegal in almost every circumstance.

In April, conflicting views among state agencies on CBD oil laws emerged after Gov. Eric Holcomb signed a bill creating a registry for epileptic patients who want to ease their seizures by using CBD oil, a cannabis extract.

Hill on Tuesday said that is the only condition under which using CBD oil is legal in the state. However, it is unclear how those patients would obtain the oil since it would be illegal to sell it in the state, under Hill’s interpretation.

“Simply put, cannabidiol is a schedule 1 controlled substance because marijuana is a schedule 1 controlled substance,” Hill said in his written advisory opinion. “Although it is a relatively new phenomenon, after thoroughly tracking the language of the Indiana law defining ‘marijuana’ it is evident that cannabidiol is now and historically has been derived from ‘a part of the plant genus cannabis.'”

Grimes hosted a panel of medical cannabis advocates to discuss the issue on Tuesday. She said legalizing the drug would help veterans, disabled people and those struggling with opioid addiction.

“My hope is that my voice can be leant to this chorus, to pass something where Kentucky isn’t passing over the least, the last and the lost among us,” Grimes said. “It’s time we make sure we can serve them. We can ease their pain and suffering.”

As secretary of state, Grimes doesn’t have the authority to file or vote on legislation.

She says Democratic Rep. John Sims of Flemingsberg will introduce a bill that would legalize medical marijuana in the upcoming legislative session.

The state’s licensed and regulated cannabis dispensaries sold approximately $27.7 million in recreational marijuana in September — more than $5 million over the state’s projected sales for the month.

That’s down from August’s sales numbers, which topped $33 million, and slightly up from July’s $27 million.

September’s sales equated to $2.77 million in taxes going to the state’s rainy day fund through the 10 percent excise tax.

Title:  Support in Virginia is growing for medical marijuana

In this Sept. 11, 2017, photo, jars of marijuana buds are displayed in Washington at a closed Ethiopian restaurant at a “gifted” marijuana event. In the so-called “District of Cannabis” it’s legal to grow and consume marijuana, but illegal to buy or sell it. The result of this unique legal grey area has spawned a thriving cottage industry of businesses using the “gifting” loophole. So far the city government and police are letting it happen. (Photo: P. Solomon Banda, AP)

“It had gained widespread support around Virginia, and it was critical to a lot of people suffering from serious illnesses,” said Vogel in a statement.

Vogel was prepared to make the difficult decision to amend the bill down to cancer and Crohn’s disease if that was what it was going to take to get the bill passed, but she wasn’t given the opportunity. When it went to the House Criminal Law Subcommittee two weeks later, the bill died in a tie.

Will we see another medical marijuana bill submitted to the Virginia General Assembly January 2018? 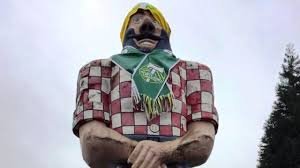 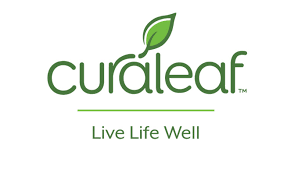 Curaleaf wants to be the Starbucks of weed Says Quartz article 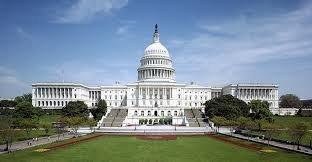