The Salt Lake Tribune is reporting..

A new lawsuit claims that multistate cannabis cultivators had an unfair advantage in the competition for one of Utah’s lucrative marijuana growing licenses — and that state officials “coached” certain applicants in how to win.

Officials at the Utah Department of Agriculture and Food (UDAF) allowed their personal connections to sway them as they doled out the eight licenses in 2019, according to the federal complaint filed Monday by one of the rejected applicants.

Not only was this unfair to plaintiff JLPR LLC, the lawsuit claims, but it also damaged the state’s medical cannabis program in its infancy.

“Rather than selecting truly capable and qualified companies to successfully operate an emerging Utah cannabis market company, politically connected companies were selected,” the complaint states. “This [bias] in the selection process, directly resulting from improper connections, has harmed Utah patients, violated the law, and violated JLPR’s due process and equal protection rights.”

JLPR is demanding that the court order UDAF to grant it a growing license or put it first in line for a license when the next one becomes available. The company is also asking for unspecified monetary damages to cover its “lost profits” and attorney and consulting fees.

Read the full article at  https://www.sltrib.com/news/2021/07/21/utah-cannabis-lawsuit/
Also see the story in Cannabis Business Times at  https://www.cannabisbusinesstimes.com/article/new-lawsuit-utah-cannabis-cultivation-licensing-process/
Share On Linkedin
Share Via Email 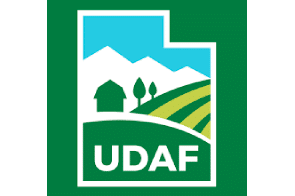