The Uzbek-French company ABM ORGANICS plans to launch a project for the cultivation of technical hemp, a variety of the Cannabis sativa plant species, in the Khorezm region of Uzbekistan, the Kazakh media Kursiv reported with reference to the Dunyo Uzbek news agency.

The signing ceremony of the constituent documents of this organisation was hold in Paris, the main shareholders of which are the Uzbek company Marafon Finlex and the French company Opal & Co.

According to Uzbek agency Dunyo, this company will look for new growth points in the economy.

According to the news agency, the technical hemp industry in the future will become a priority for the green economy not only in France. This plant, in comparison with cotton, consumes five times less water and is a practically non-waste raw material.

Note that some varieties of cannabis are used in the pharmaceutical, light, paper and other industries.

The government of Uzbekistan previously decided for industrial purposes to grow cannabis with a drug content of tetrahydrocannabinol up to 0.2%. Growing such plants in Uzbekistan is a state monopoly.

Uzbek-French company to grow cannabis for industrial purposes in Khorezm 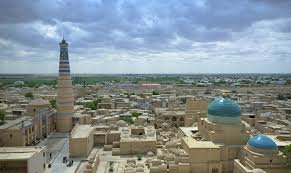