Strange bedfellows have popped up, most (in)famously John Boehner, former conservative Republican Speaker of the House, who is now on the board of Acreage Holdings, a publicly traded company in Canada (where the plant is legal) which describes itself as “a vertically integrated, multi-state owner of cannabis licenses and assets…focused on building and scaling the best-in-breed operations and creating the best consumer-focused cannabis experiences and brands in the space.”

Saying he is “all in on cannabis,” Boehner, who voted for every war-for-profit ever storyboarded by Bush, Cheney, Rumsfeld, Paul Wolfowitz, and the rest of the neocon crew, is now at the forefront of the fight for nationwide U.S. legalization of “the Plant,” making motivational speeches urging Wall Street hedge-funders to invest in “America’s fastest growing industry.” It makes sense. In April of 2019, Canopy Growth, a large Canadian cannabis company, agreed to buy Acreage Holdings for a tidy $3.4 billion. But there’s a catch. Canopy will not make good on the deal until cannabis is legalized on the federal level throughout the United States. The process will require much high-level lobbying, which is where Boehner and fellow travelers like Bill Weld, both of whom own 625,000 shares of Acreage, come in. 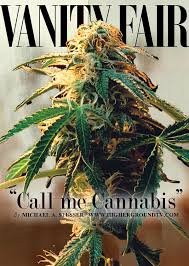