A new breed of criminals, violent gangs who steal cannabis grows, have flourished alongside the rise of the UK’s illicit weed farm industry.

It’s not just the fear of prosecution and jail that Britain’s secret cannabis growers are watching out for – it’s increasingly the threat of violent, armed criminals stealing their crop, according to an analysis by VICE World News.

Under cover of darkness one night in February 2020, a crew of 10 young burglars, some armed with machetes, broke into a cannabis farm hidden in a suburban house in Brierley Hill, a town on the outskirts of Birmingham. But the raid was interrupted by the owners of the £250,000 crop, who rushed to defend it, armed to the teeth with two crossbows and a sword.

One of the burglars was cornered, and in the struggle weed grower Saghawat Ramzan shot two hunting bolts at him. The first missed and impaled Ramzan’s brother Waseem. The other bolt buried itself into teenage burglar Khuzaimah Douglas, a kickboxing champion who represented England. Both victims died soon after from massive blood loss. In February this year, three men, including Ramzan, were jailed for life for their murder. 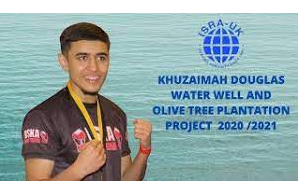