A parallel world of human trafficking exists in plain sight all around us, we just can’t see it.

Modern slaves from Vietnam are working in nail bars, in restaurants and in brothels and cannabis farms across the UK. Guardian journalist Annie Kelly worked closely with lawyer and director at Duncan Lewis Ahmed Aydeed to tell the story of Minh and fight for his freedom. Minh was just 16 when he was raped and trafficked from Vietnam to the UK.

He was forced to grow cannabis alone in a house in Derbyshire, where the plants were more valuable than his life. When the police arrived to raid the property, he was criminalised instead of protected.

Ahmed fought tirelessly for Minh’s freedom, and after 12 legal challenges his conviction was overturned and he was granted the right to remain in the UK. This is his story. 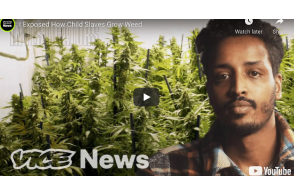