Village Voice Article: Why The Architect Of NY’s Medical Marijuana Law Is Already Trying To Change It

The story of  Richard Gottfried and the years he put into developing legislation in New York that was subsequently neutered but he’s not giving up quite yet.

Here’s the Village Voice report’s introduction……..On a frigid March morning in downtown Albany, where church spires loom tall and traffic lights dangle from wires that stretch across intersections, a flurry of white-haired men in suits strolled down State Street. They were heading for Sixty State Street, the tony event space and banquet hall in the city’s Downtown Historic District, where a team of busboys were hurrying to arrange pastries on silver trays in anticipation of the guests’ arrival. Once they arrived, they mingled in groups, chatting over coffee and orange juice, shaking hands and exchanging business cards.

They were surprisingly awake for 8 a.m., despite the reason for their gathering. This mostly male, mostly white, and mostly middle-aged crowd consisted mainly of the state politicians, lawyers, and entrepreneurs who were all of a sudden driving the state’s conversation on medical marijuana. This was hardly a wake-and-bake kind of crowd, but they were all there to talk about weed.

The event, called “Medical Marijuana: Is New York Doing It Right?” was put on by the news site Capital New York and sponsored by Citiva Medical, a company that, at the time, was vying for one of the state’s five medical marijuana growing licenses. Among the stately baby boomers who would be taking part in the morning’s main event — a journalist-moderated panel discussion — was a Manhattan assemblyman named Richard Gottfried. A bookish policy wonk, he had been the loudest critic of the recently passed Compassionate Care Act, which had legalized medical marijuana — but with a host of draconian restrictions that he believed had rendered the law almost useless. No, he insisted, New York was not doing medical marijuana right. Not after Governor Andrew Cuomo essentially gutted the law that Gottfried had written, perfected, and championed over the course of the past two decades.

Gottfried, whom friends and colleagues call Dick, first introduced the Compassionate Care Act in 1997. The career legislator is now the assembly’s longest-serving member. He was fifty at the time he introduced the bill, but he had already served in Albany for 27 years. He has now, for nearly four decades, been New York’s unlikeliest marijuana champion: a friendly, articulate, grandfatherly type who could pass for Santa Claus (if Kris Kringle were slimmer and Jewish and wore smart tortoiseshell spectacles).

During the panel discussion, Gottfried sat beside Diane Savino, a Democrat who sponsored the Compassionate Care Act in the senate. Alphonso David, counsel to Governor Cuomo, sat two chairs away.

Savino spoke first.”There’s still more work that needs to be done,” she said of the medical marijuana program. At this, Gottfried raised his eyebrows and nodded enthusiastically in agreement.

Readying for his turn to speak, he adjusted his glasses and furrowed his brow before digging into the language of the bill as if he had it memorized verbatim, to express everything he felt was now wrong with it. He spoke slowly and carefully. “It starts out being almost unworkable, I think to an unjustifiable extent,” he said, before launching into the list of specific regulations that he says hinder patients from easy access to much-needed, long-awaited medicine.
Full Story At http://www.villagevoice.com/news/why-the-architect-of-new-yorks-medical-marijuana-law-is-already-trying-to-change-it-7864748
Photo Credit: Caleb Ferguson 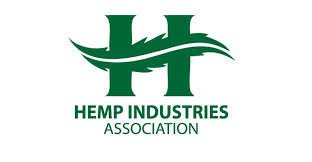