This just shouldn’t be happening anymore….

Three men face murder charges in connecting to the shooting death of a 17-year-old boy.

Police found the unidentified teenager suffering gunshot wounds in the 4700 block of Still Place, off Savannah Drive in Dale City, on Monday, July 12. The boy died at the scene, police said.

A fourth suspect, identified as a 17-year-old male juvenile, was also identified as being involved in the planning of the robbery, said Perok.

Following the investigation, all four suspects were located and arrested. The juvenile suspect and two adult suspects, identified as Adrian Kendall Bryant, 19, of 4931 Brightleaf Court in Woodbridge, and Daezon Anthony Harris, 20, of New Haven Conn., were arrested locally.

A third adult, Misae Tyjuan Walker, 22, of Capitol Heights, Md., was arrested in Maryland, where he will remain until extradited to Virginia, police said.

Bryant, Harris, and Walker face murder charges. All four suspects are due in a Prince William County courtroom on September 14. All were held without bond. 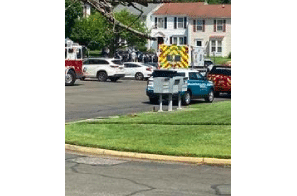